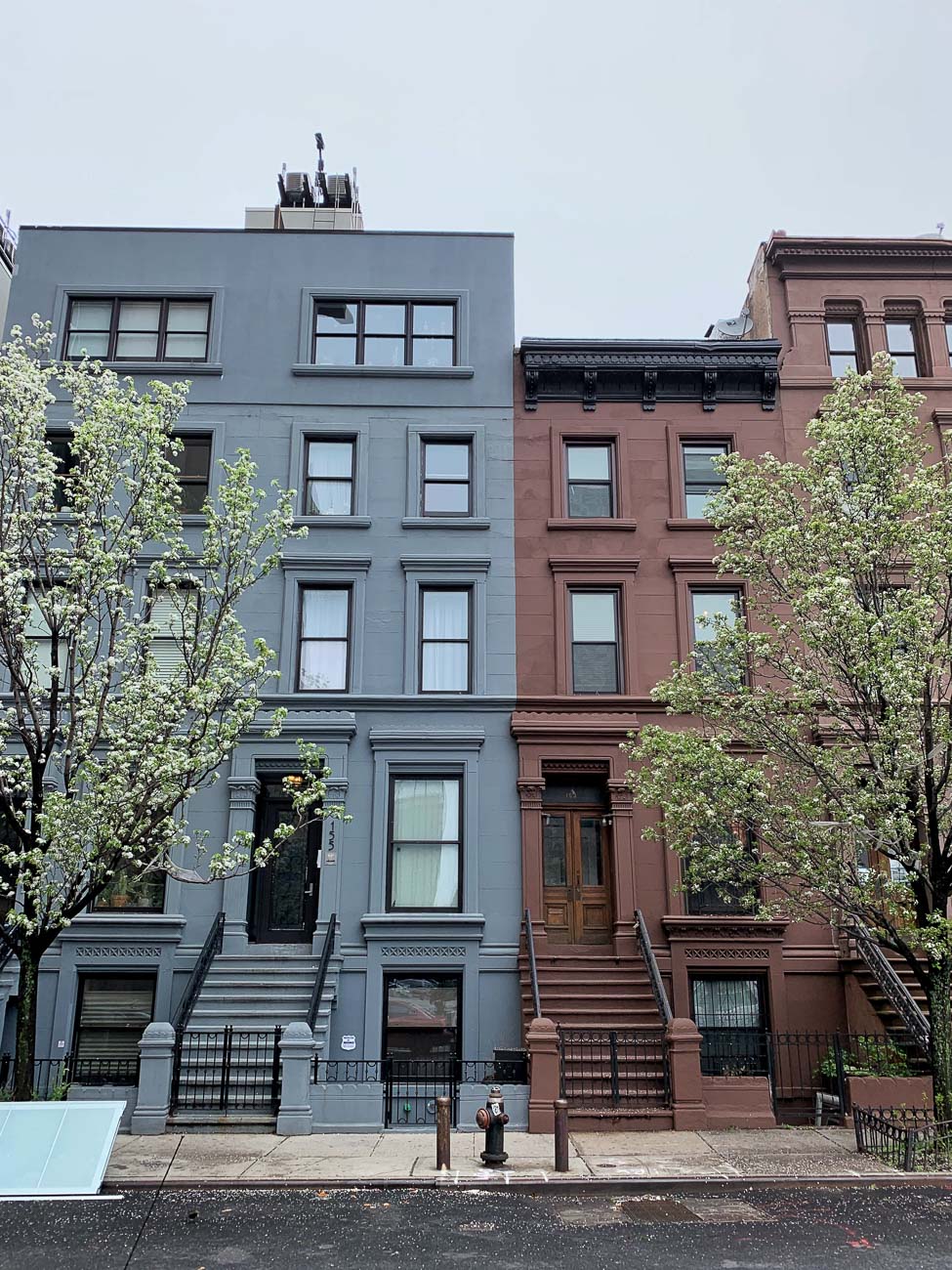 The last few times we’ve visited New York, we’ve barely gone past Union Square – Williamsburg, Tribeca, Soho…we’re creatures of habit. This time, we wanted to try somewhere neither of us had been before – and upper Manhattan was it, we had some friends who lived in Harlem (but funnily enough were away when we visited!) and passed on some tips, and it was so nice to explore a new area. 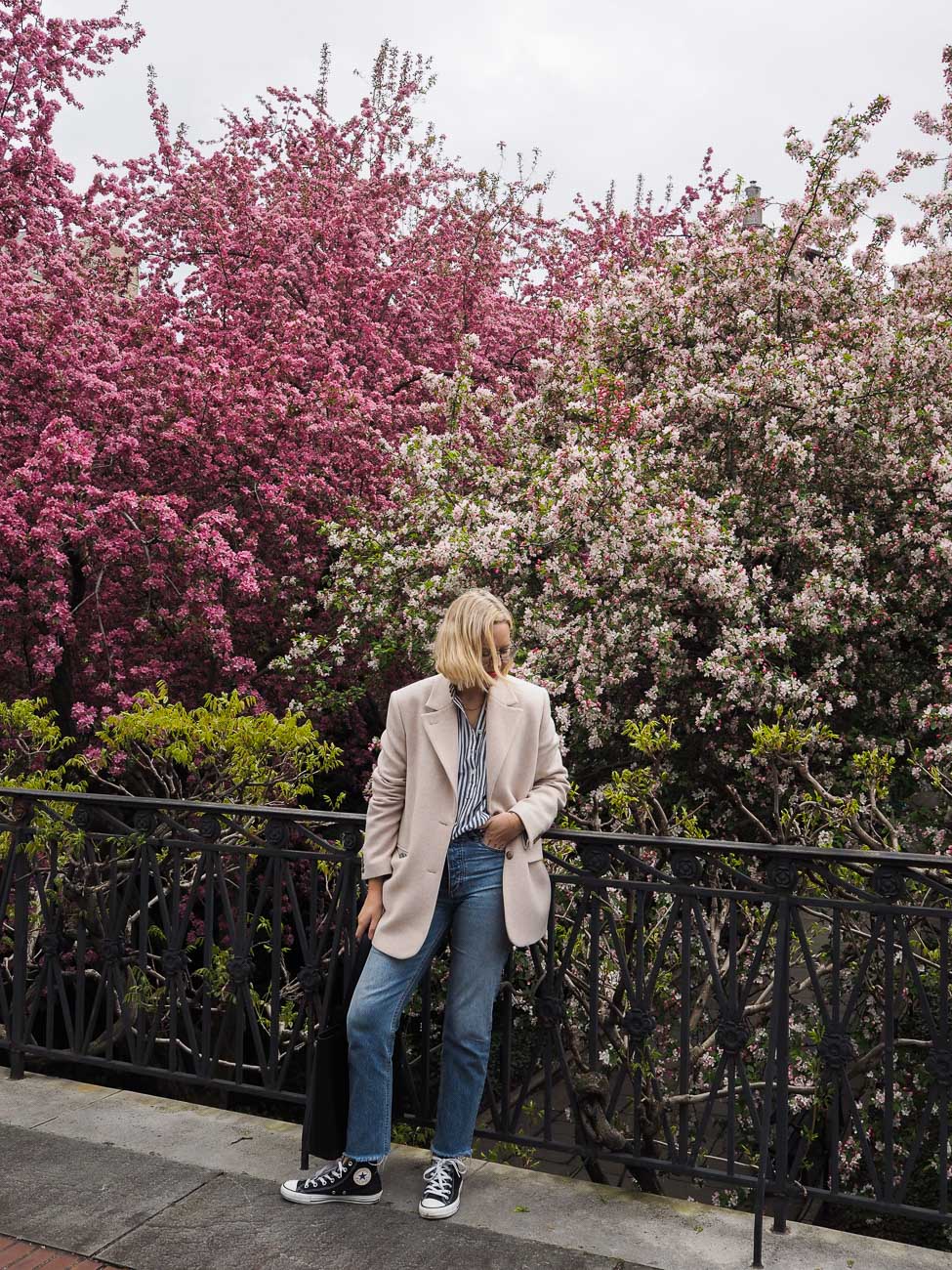 This was initially supposed to be a ‘Harlem’ city guide but we incorporated a few parts of Upper Manhattan in our trip, too, so thought we’d group it together, especially as there isn’t really a ‘definite’ line of where Harlem starts. We didn’t stay in the area, so instead got the metro up most days for a wander, coffee and a good old fashioned Gospel Brunch.

Firstly, on our way up we stopped at the Central Park Conservatory Garden, as we haven’t done much Central Park at all – it was such a beautiful time of year to go and started us off on a perfect trajectory for the northern aspects of NYC, before heading to 110th Street station (all I want to do is sing Bobbi Womack when I type this). We stopped by the Hungarian pastry shop on Amsterdam Avenue (apparently popular with Columbus students) which is one of those really basic, unfancy coffee shops selling seemingly unlimited amounts of pastries and good coffee – it felt like something out a 90s sitcom and we loved it. 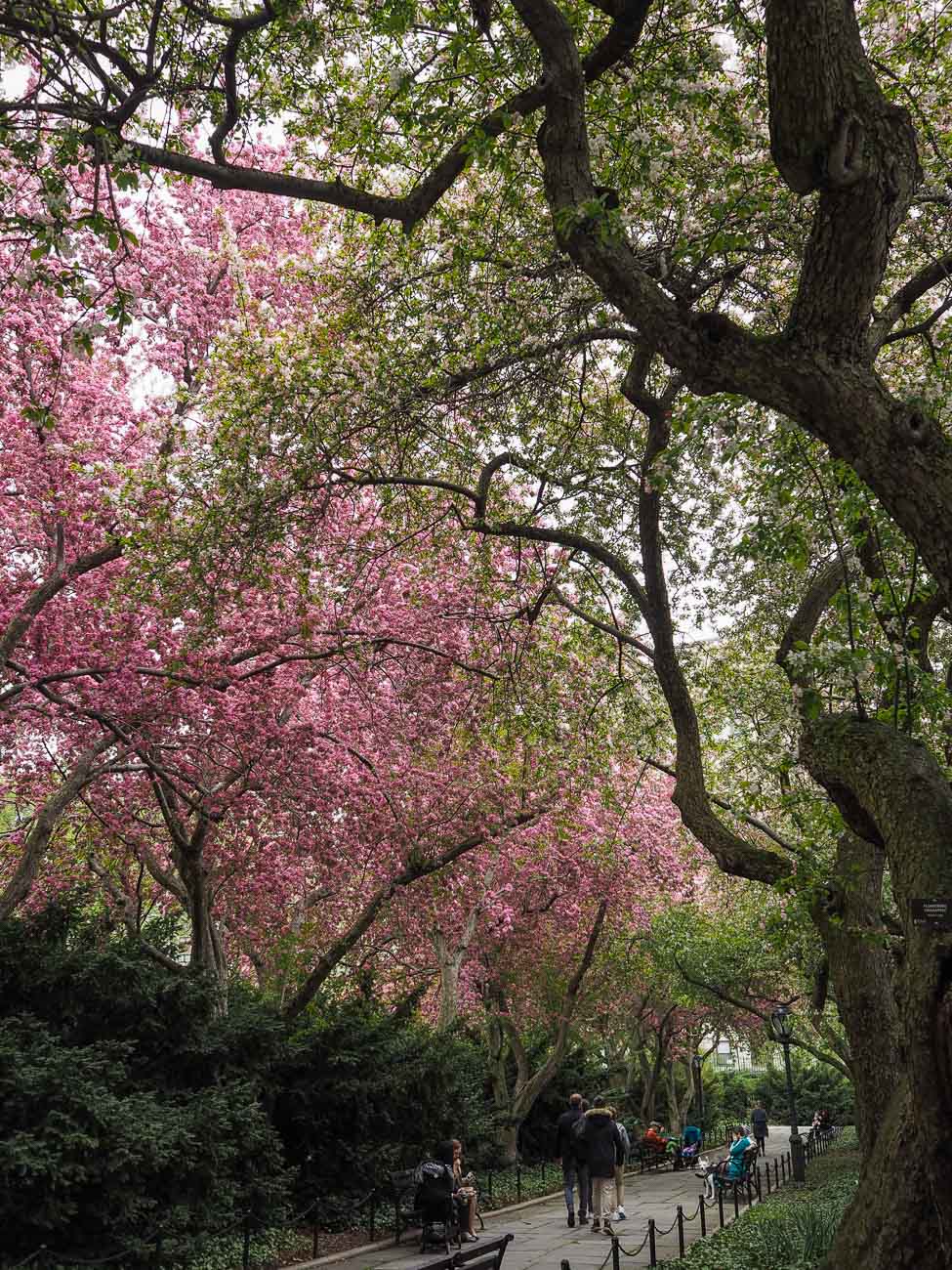 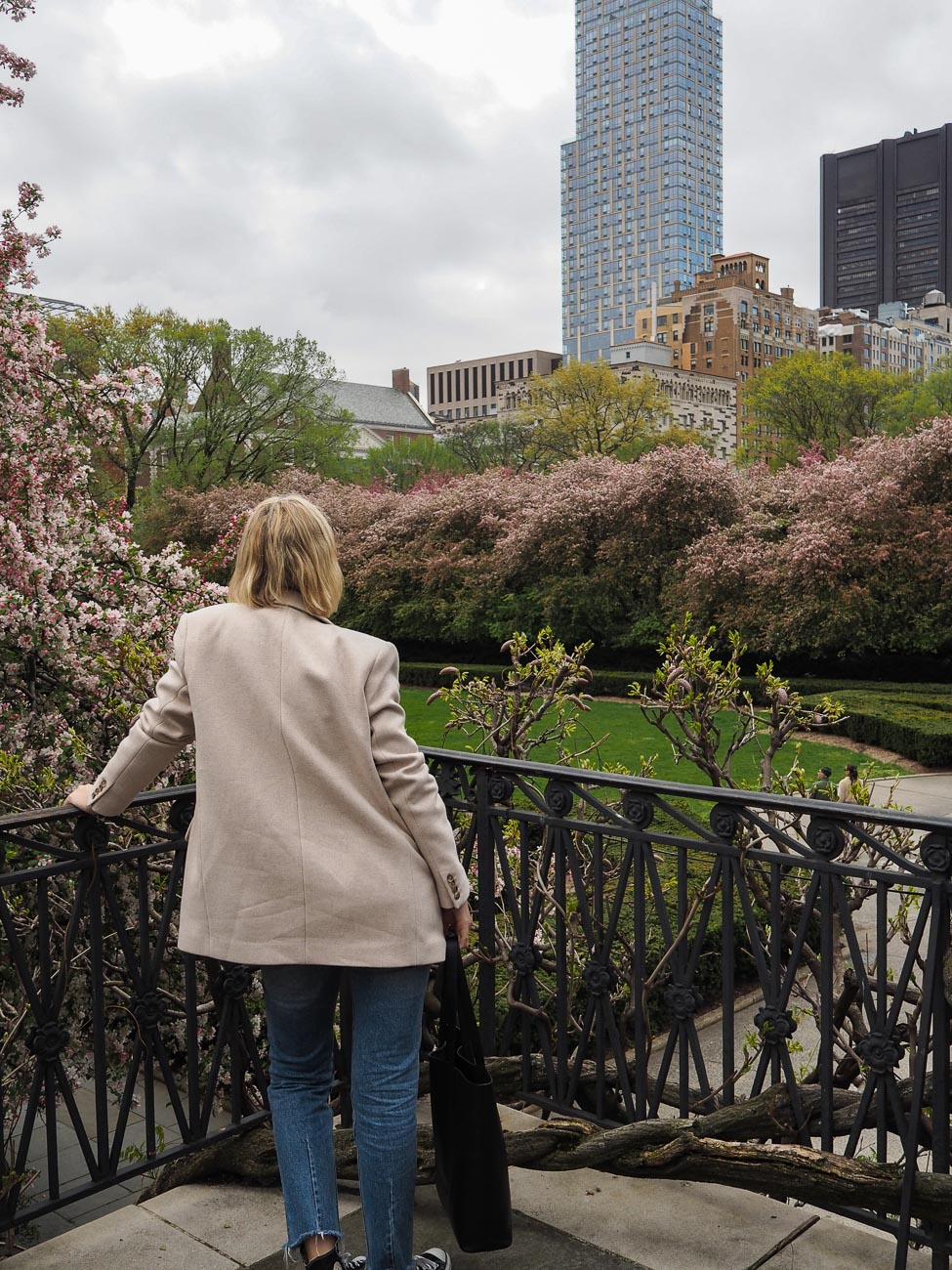 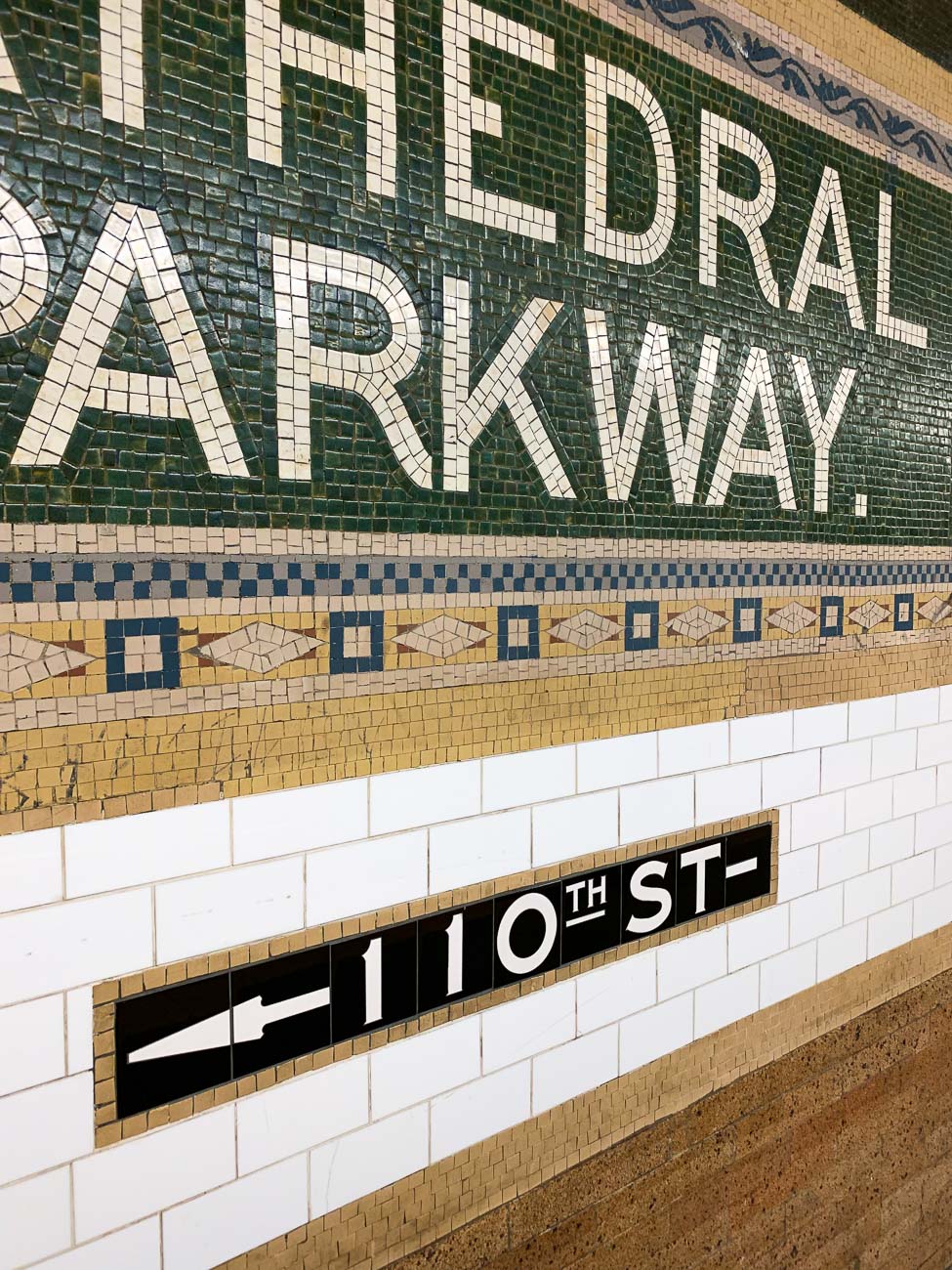 For our first lunch, we headed to Fumo (1600 Amsterdam Avenue) – great pizza and pasta as well as decent servings for brunch (much cheaper than our usual brunch haunts, too – a Bloody Mary for $7 is hard to come by in New York). This section of the street had loads of lovely restaurants cropping up too (the area is ‘Hamilton Heights’) and we will definitely be heading back. 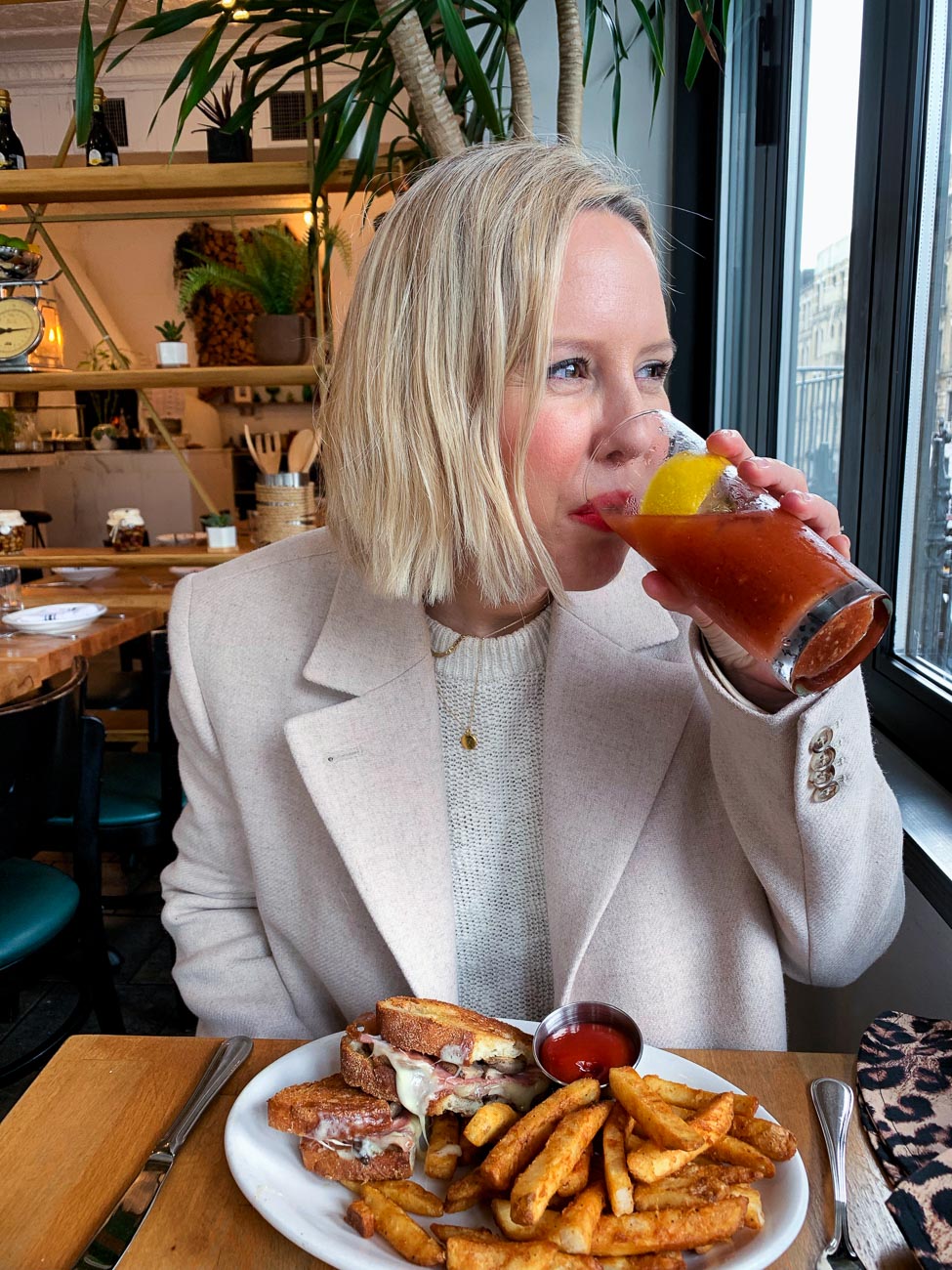 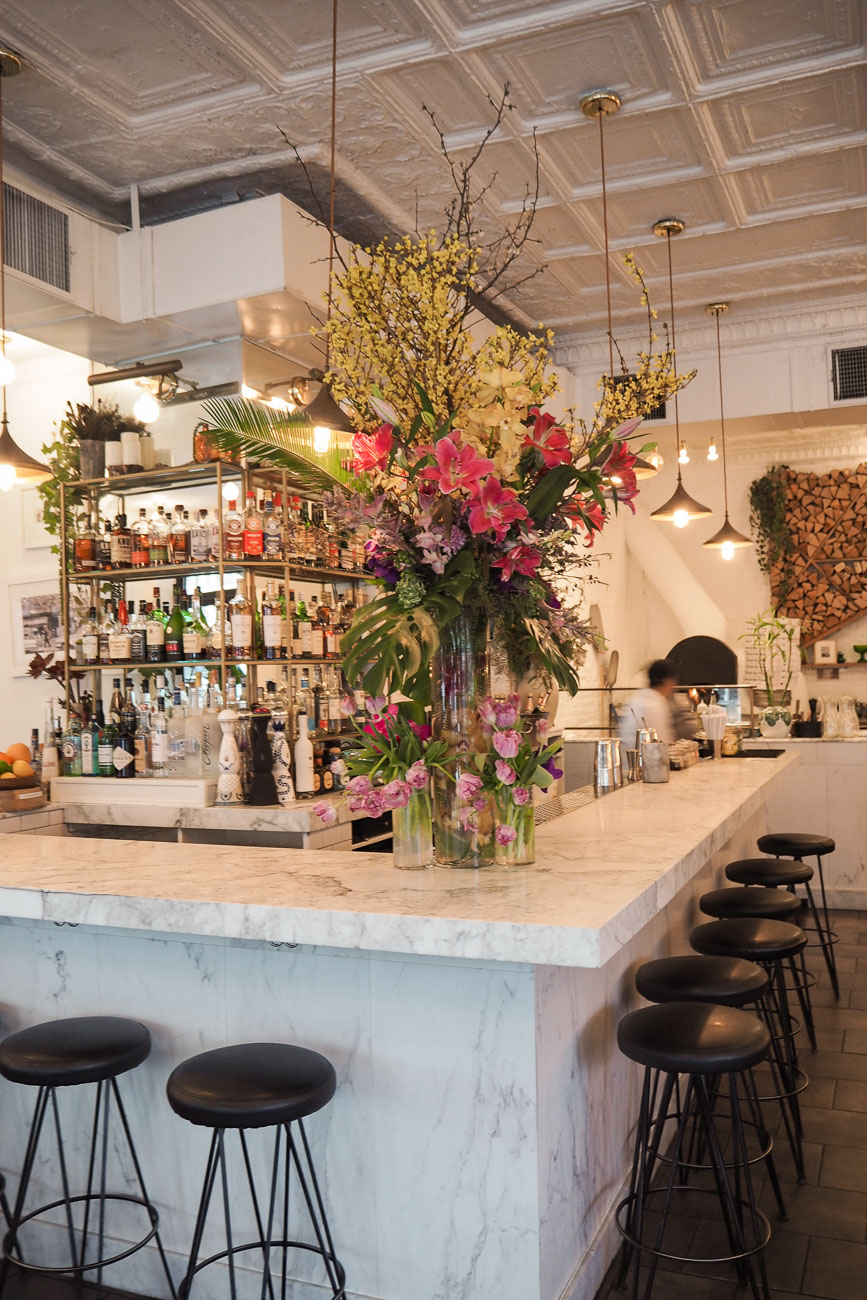 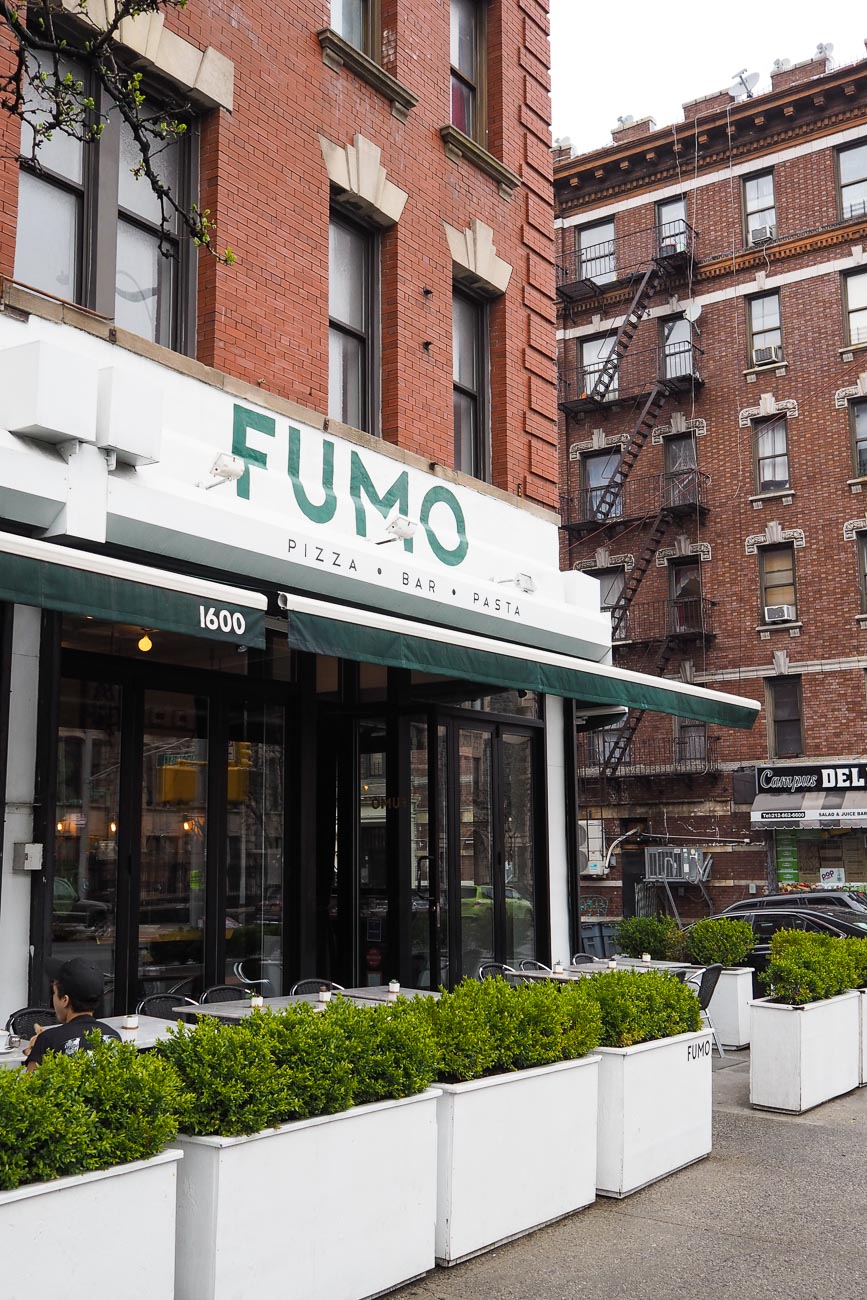 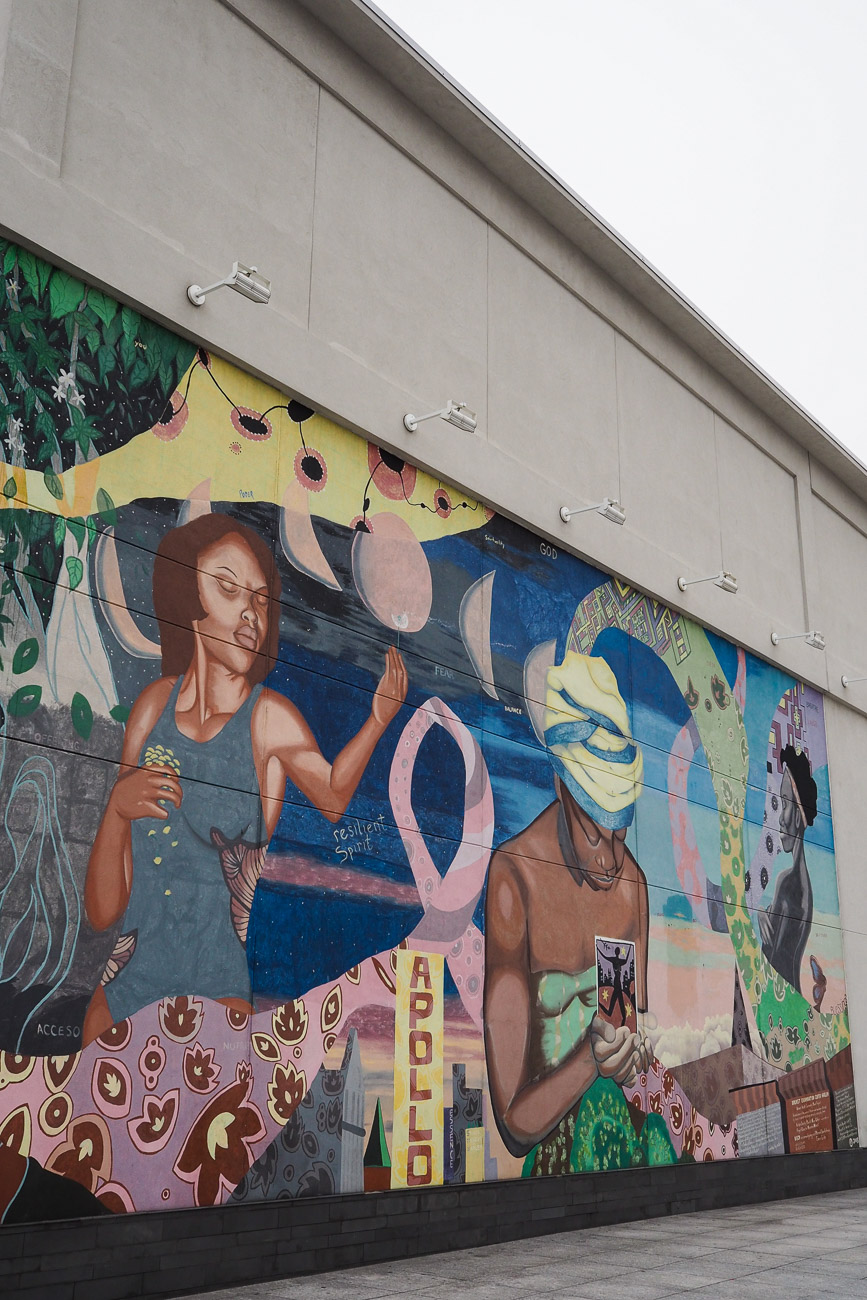 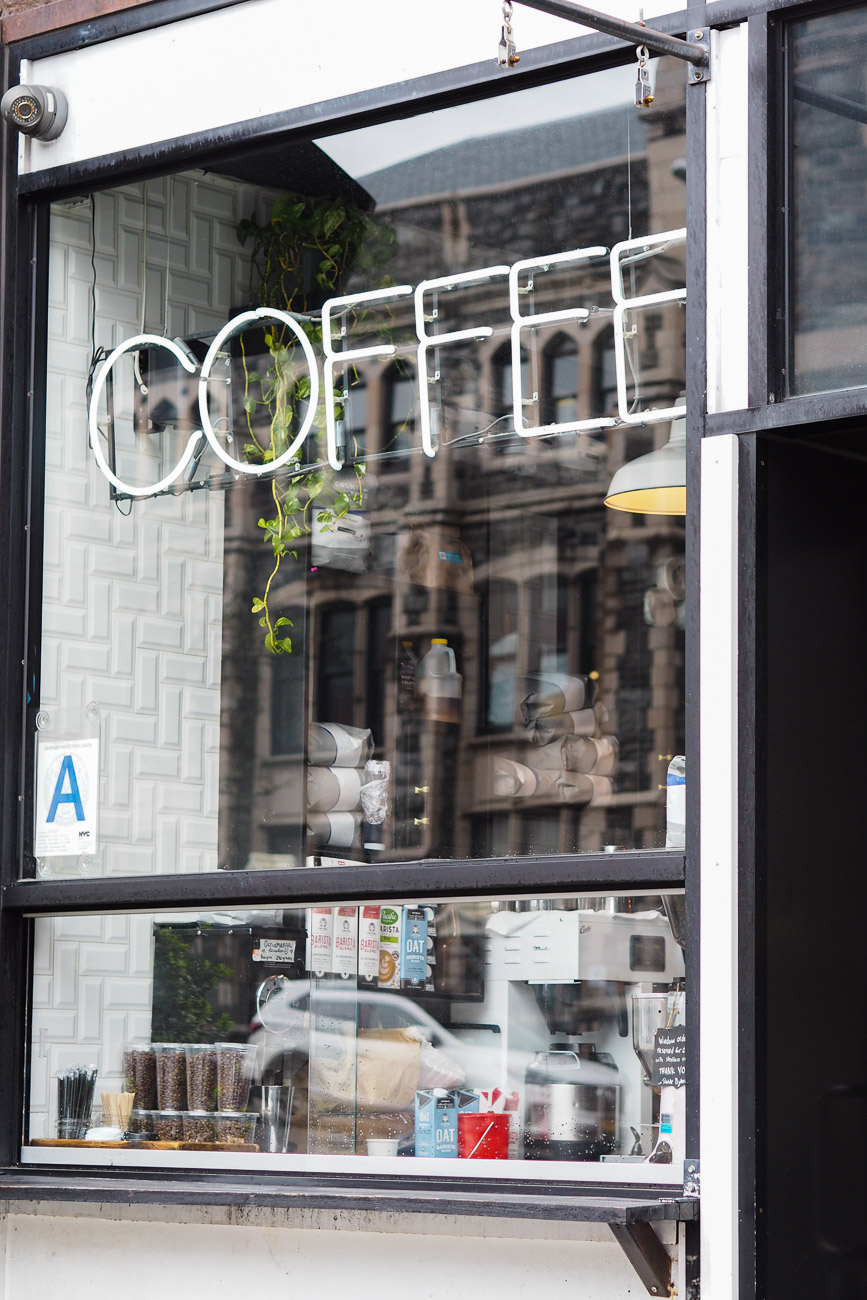 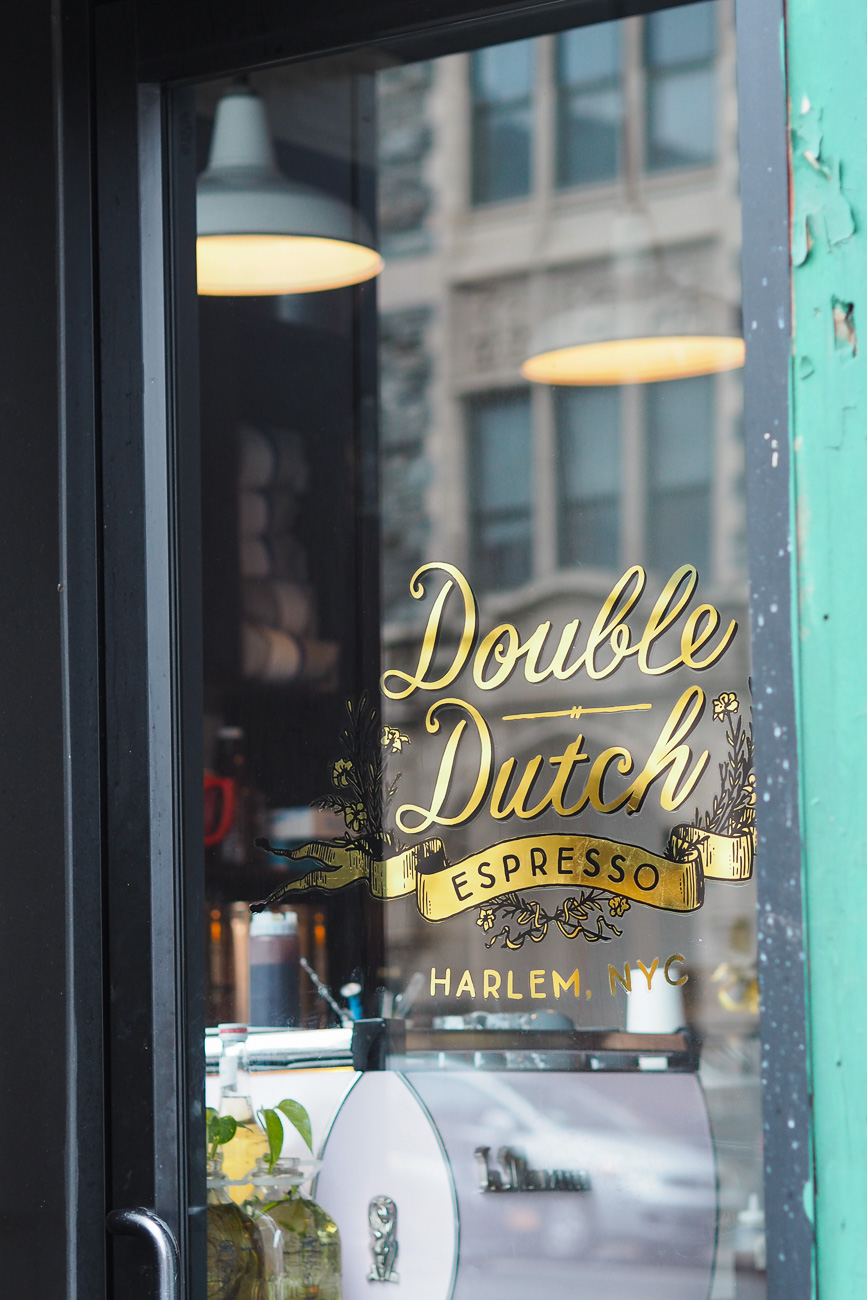 In terms of tourist attractions, there are a few, although the fact that it’s not too Touristy is what drew us to the area. The Apollo Theatre is obviously up there, host to so many amazing performers such as Duke Ellington, Billie Holliday and James Brown (whose album ‘Live At The Apollo’ by James Brown and The Famous Flames I am listening to as I type) and Sylvia’s is up the road, famous for traditional ‘soul food’.

We went to Red Rooster next door, as the live music drew us in – one thing we quickly learnt was that ‘Gospel Brunch’ on a Sunday is a BIG thing in Harlem: the place was packed, but it sure wasn’t cheap. Main dishes set you back around $30 a head, but we had starters and shared a side and it was still more than enough, and for live music and the most incredible atmosphere, we decided it was worth it. 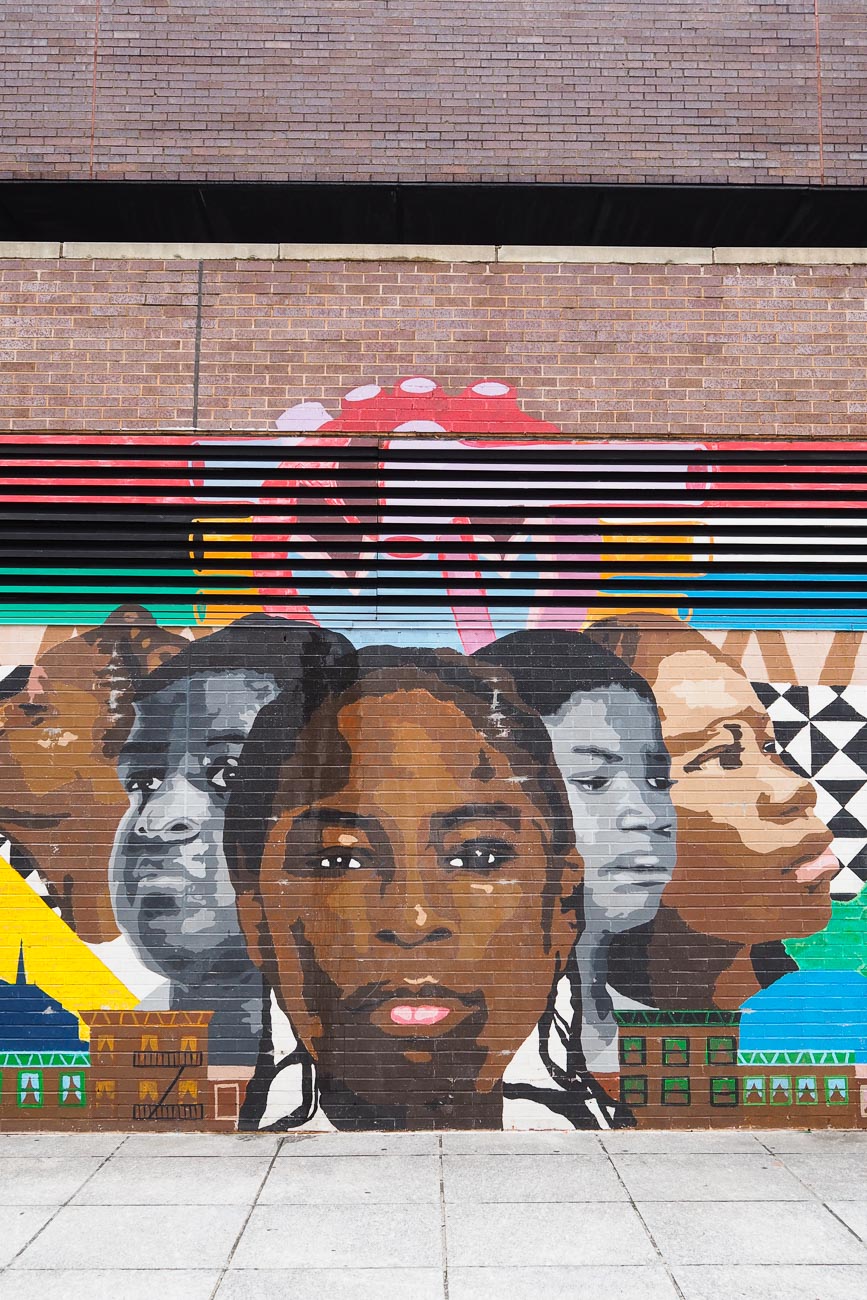 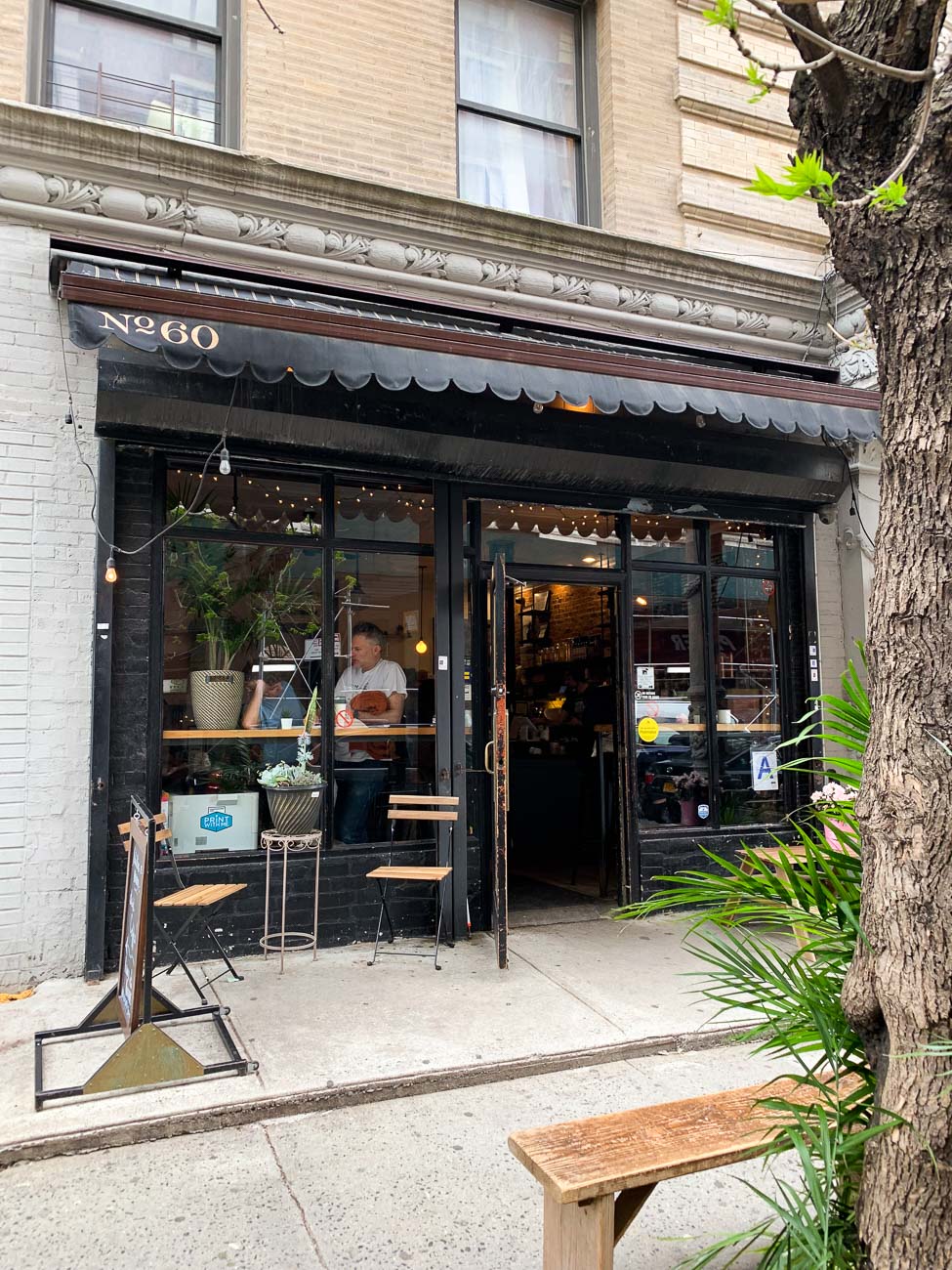 In terms of culture, we really wanted to go to Studio Museum Harlem but it was closed for refurbishment, but we managed to catch a few installations around town – we loved the work of Andre D Wagner which was featured in a local library. We met some women whilst on the art trail, who recommended The National Jazz Museum, so we headed there next. It’s free, but a donation is advised and although small, we loved the interactive elements and learning about the birthplace of Jazz – we’ve since had Duke Ellington non stop on our Spotify playlist. 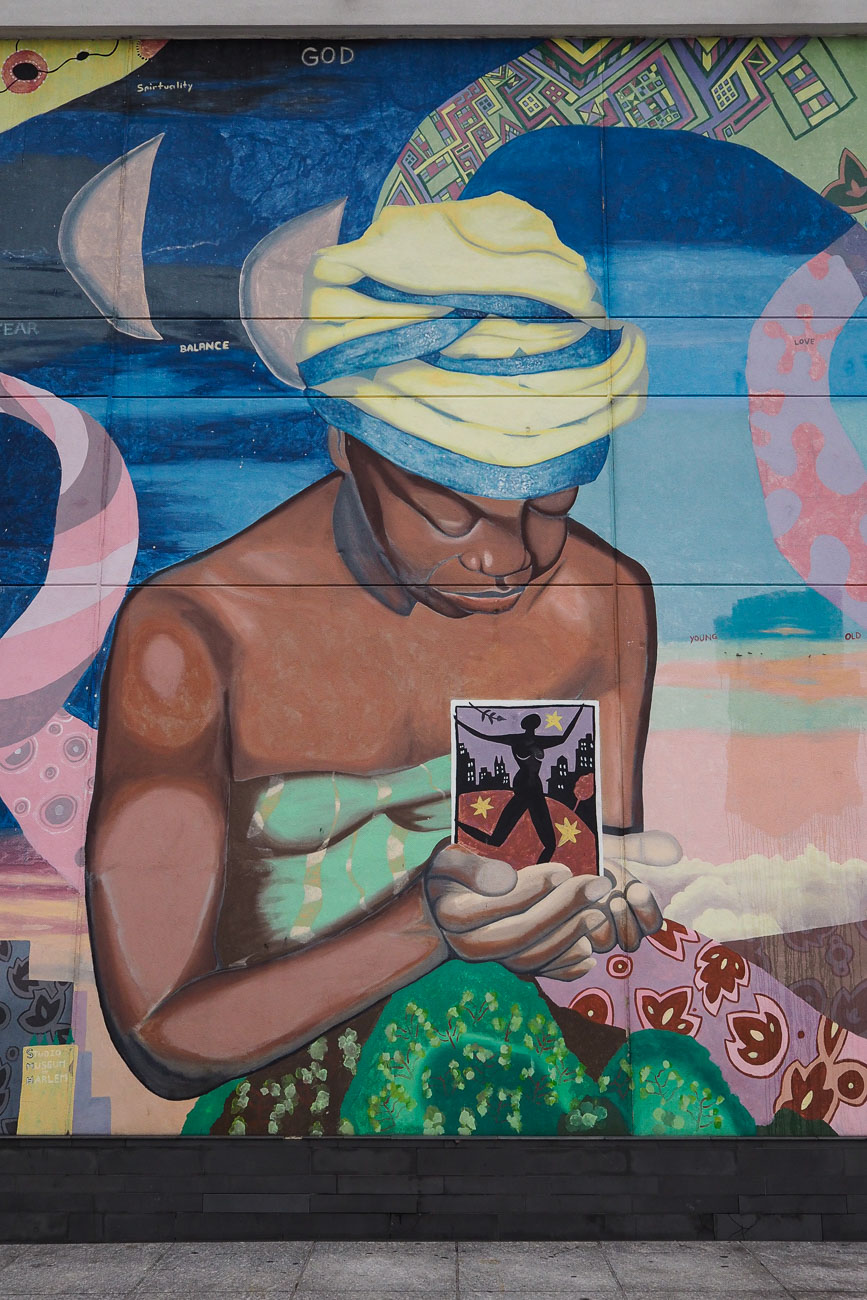 I’d love to say we did more, but apart from a chilli dog at Harlem Shake to satisfy my diner cravings, the reality is we got distracted by the Old Navy 50% off sale and spent a large proportion of our Sunday afternoon there! But I did get Peggy some really good sleepsuits…and there’s always next time. I feel we only just got under the skin of this part of the city, and would love to revisit. Big thank you to the lovely readers and followers who also gave us recommendations for our trip!

Barawine, 200 Lenox Avenue (they do a great Happy Hour, apparently)