Okay so I have a lot to say, but it’s all mixed in my head so I might get a bit lost – you’ll just have to bear with me. Over the last year, I’ve spent 9 months of it being pregnant. Last July I found out I was pregnant and was bedbound with sickness (I had the same with Peggy) for three months. It doesn’t sound like very long but to me, it was the longest three months of my life, not just because I was so constantly sick that it consumed me, but also because the aftermath of that pregnancy still clouds most of my daily thoughts. I feel, for transparency I need to share that I didn’t actually suffer from a miscarriage.

I had a termination (for medical reasons). At our 12 week scan, I saw two heads – and I immediately joked ‘there aren’t two on the screen, are there?!’ and I was met with silence. A further week of scans, tests, meetings, counselling, tears and tough discussions/decisions followed and we were told that I was carrying identical twins but they were conjoined (caused by the egg splitting too late) and there was only one heart between them. They wouldn’t survive a pregnancy as there was already too much fluid and one heart couldn’t support both for very long. If, by any chance they would reach full-term, they would both die almost immediately (and by chance, I’m talking 1 in millions).

I want to get one thing straight: I am pro-choice and believe in a woman’s right to have an abortion, whether there are medical complications or not. But I have also felt tormented by this choice, and huge guilt over the decision, the fact that we had to make any sort of decision at all. And then when people messaged me to say they had a miscarriage ‘too’, I felt huge guilt that I had, in fact, in someway, let my babies down, that I was being dishonest – it was my choice to let them go, and not keep them safe inside.

Deep down, I know it wasn’t really a choice, and it was the kindest thing to do at that time, rather than (potentially) bringing them into the world with so much suffering and no life expectancy. But the traumatic delivery that followed in hospital, where I have only just finished my complaints and discussions of negligence with the hospital, have not helped with any sort of closure. The way that I saw my babies was not anything I wish anyone to go through and the image haunts me and will do forever. I am changed, an innocence is lost, all the positive images of childbirth and pregnancy that I built up via Peggy’s delivery (a 3 hour water birth with no stitches) have been totally eclipsed and this is the memory, anxiety and fear I am left with.

Obviously, I am thrilled to be pregnant again, and my heart goes out to anyone struggling with conceiving. I am not as sick this time around and we have renovations and work to keep us preoccupied and busy. But being in lockdown, alone with my thoughts without a holiday/day trip/dinner with friends for distraction, it has been hard. Not only the anxiety that comes with every scan or appointment but the guilt of being pregnant and happy again – am I allowed?

And then there’s the added layer of being on social media. After discussing our loss on social media, I unwittingly let people know that we wanted a second child. I didn’t realise the implications of this, but I have had messages ever since Jan (before I was pregnant) asking if I’m pregnant, ‘do I spy a bump?!’ or just a random ‘congratulations’ with a woman and bump emoji. I know it’s well-meaning but every one of these hurts. When I wasn’t pregnant it hurt, when I was only 8 weeks consumed with fear and anxiety it was another thing to worry about – did everyone think I was pregnant? Is it that obvious? Do I need to be on social media more to show everyone that I’m not pregnant so the conversation stops? Am I being too obvious? Should I tone it down? Should I hide it? (What can I say, I’m an overthinker).

I was in maternity clothes at 9 weeks this time, and people left comments on my body via (public) comments on Instagram at 13 weeks, the date we lost our babies last time. And for someone who is so open and honest on social media, I found the ‘lie’ difficult. Of course I wanted to say ‘Yes! Exciting! I am having a much anticipated baby!’ but science made me hold back, it hadn’t crossed my mind that anything would be wrong last time, and I had learnt that lesson. After the 3 month scan, it seemed okay, but I know from family and friends the 5 month scan is still crucial (and both I have attended alone), so anxiety took hold for a few months more.

I wanted to go as long as I could without showing but I even received comments at trying to hide – ‘I knew it, hiding behind that cheeseplant in a picture!’ – ‘oh I saw a bump in your Olympus photo’ (sidenote: that wasn’t a pregnancy bump, just how my stomach looks). So I mentioned in my newsletter, and then in an IG caption on an interiors picture, hoping it would just eek out into common knowledge. But this, somehow, wasn’t enough – ‘why aren’t you talking about the elephant in the room?’ I got asked the other night via DM. I assume this was about pregnancy as the emojis suggested, but I had actually spoken about it, just not posted a bump photo, which is apparently what is expected of Influencers – an unspoken code of conduct. So I succumbed, and I’m not going to lie, it felt lovely to have a wave of support from so many people at once. Thank you to everyone who left messages and shared their stories of pregnancy after loss.

But once that app is closed and you’re left with yourself and a big hole in your family unit (we would’ve had three children under 2!) that no one wishes to talk about anymore – because you’re pregnant again, that’s all that matters! You got what you wanted. But that’s not all I wanted. I wanted my last two babies to survive, I wanted to hold them in the hospital. I want people to talk about those little girls. But now all anyone wants to talk about is how big my bump is, is it a boy or a girl, when am I due?

It’s as if my last pregnancy was all in my head, if I ever mention my last pregnancy, people seem confused, as if I’m talking about Peggy. Or if I bring it up, the conversation goes quiet, as if I’ve really ruined the mood. It was only 13 weeks, after all, not really even a fully grown fetus. I’m not trying to make people feel sorry for me, but they’re a huge part of our life (a quarter of the last year, in fact) and I won’t deny their existence and their impact on our lives.

There’s something inside me that believes being pregnant again denies something from our other babies, which I know is silly. And a pass for others not to have an awkward discussion anymore. It’s all fine now, you can forget what happened before. Sometimes I feel as though I would prefer people to acknowledge our loss more than congratulate our pregnancy – because, trust me, I needed far more support then.

I won’t ever forget them and I will be thankful to them everyday for making me a more compassionate being. Thank you to everyone for reading this, understanding my anxiety and supporting in whichever way you can, be it simply reading this silently, a heart emoji or sharing your story. I haven’t quite been able to talk/write much about this before but being able to share my story has been helping.

Pippa Vosper writes an heartbreaking piece on her pain of a late miscarriage here.

‘The Brink of Being’ book by Julia Bueno has been something I have turned to in lonely times.

I gained a lot of support from calling ARC (supporting parents through antenatal testing and scan results), you can call or donate here.

*EDIT* Thank you all so much for your comments and messages of support. I have felt totally overwhelmed (in a good way!). Sorry I have not been able to reply to everyone individually, it has been an emotional time and I still often don’t know the right thing to say all the time. But I have read every message/email/comment/DM/text and sending love and thanking you all. 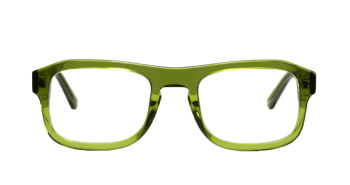