Frugal City Guides - By Alexandra Stedman
What a difference a year makes, last year (for my wedding anniversary) it was sideways rain when I was in Paris. This time round, it was absolutely glorious – perfect blue skies and crisp autumn weather – what Parisian dreams are made of.
So, I made like a proper local and wore stripes – when in Paris, eh? (and while we’re on the subject, I really enjoyed this Hadley Freeman article on how to be Parisian – hilarious, as always).
I have been so many time to Paris, but usually only for work so I wanted to actually stroll the beautifully wide Boulevards, have long lunches and enjoy the city. But with limited time, it’s a huge city to devour – here’s what I got up to in 24 hours…

What a gem of a hotel – one of Mr and Mrs Smith‘s more affordable offerings (rooms start from roughly £200 a night for a double room). In the Art district on the Left Bank off Boulevard Montparnasse, near Jardin du Luxembourg, it’s on the same street where Gauguin lived. Don’t expect anything too grand – its rooms are homely yet bijous, the beds super soft and the staff wonderful – just what I was after. It’s also on a straight route from Gare du Nord metro line. 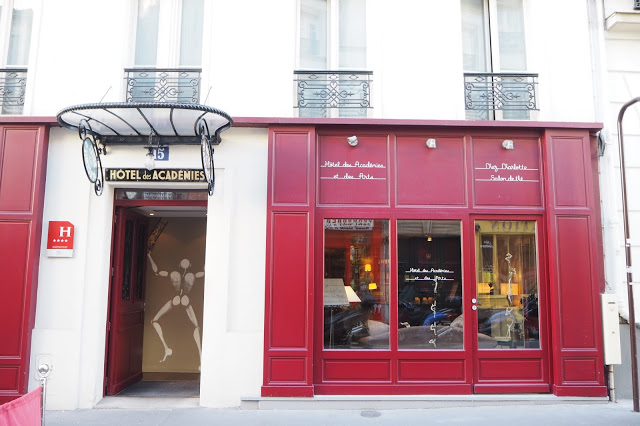 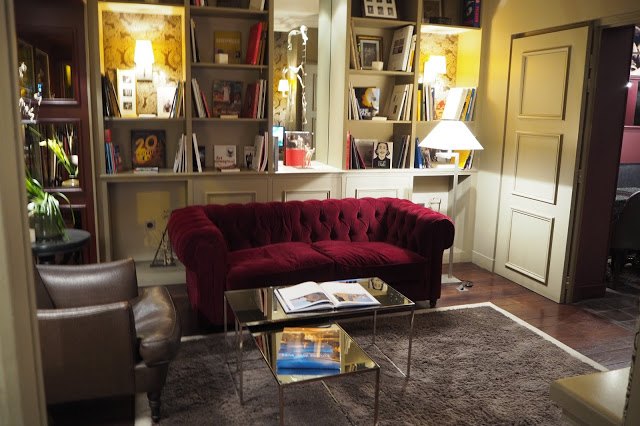 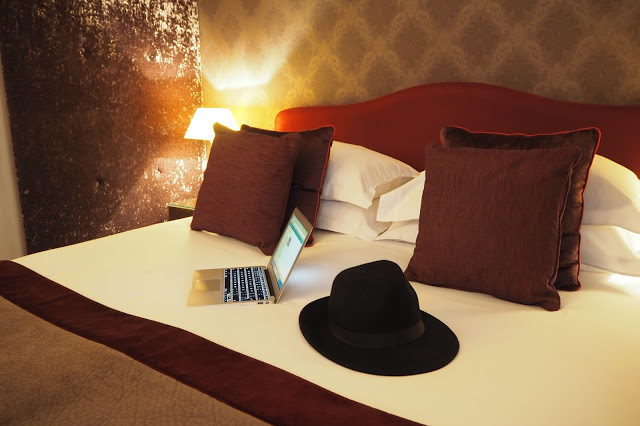 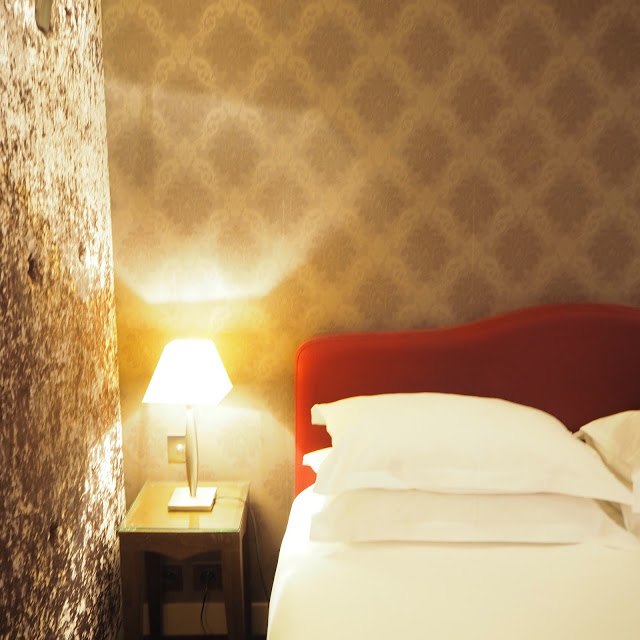 The stroll to the river takes about 25 minutes (and just a few stops on the metro, which is less than 100 metres from the Hotel) – and it is a beautiful stroll through St Germain… 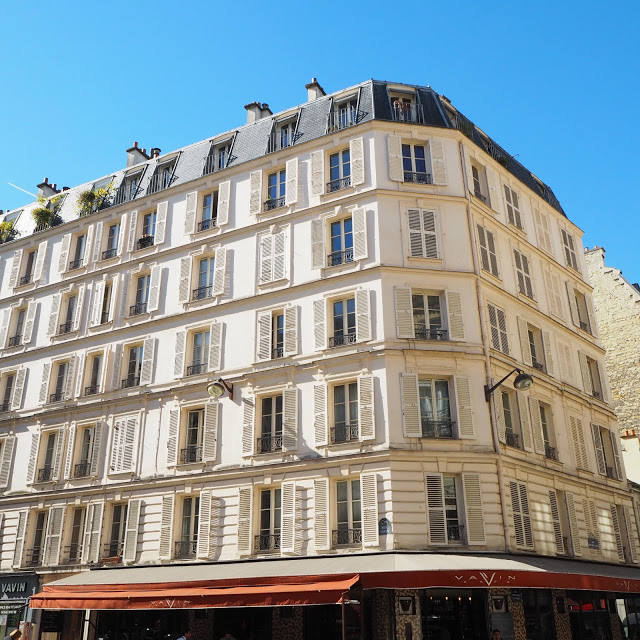 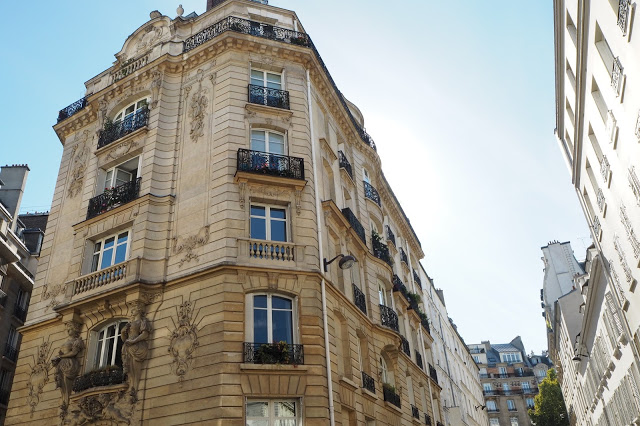 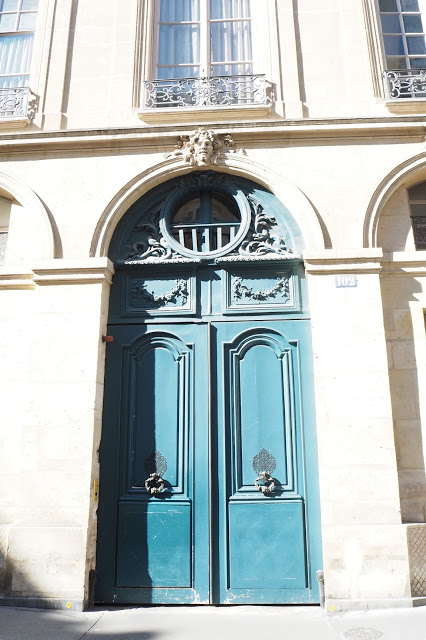 On the walk to the Seine, you pass numerous Patisseries, often with queues outside – and you have to stop in Bon Marche – foodies heaven. Even if you don’t buy, you can adore: 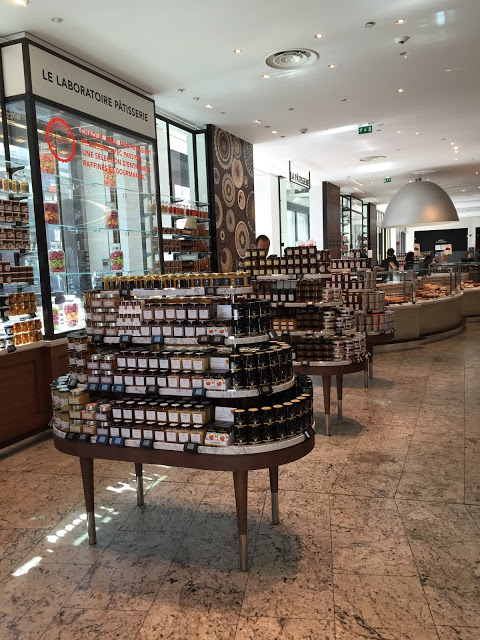 
The great thing about Paris is that you can stroll the streets and take in the sights for free. I travelled mainly by foot and metro (which is such great value – €1.80 for a single trip, no matter how many stops/changes).

Obviously, it’s a must – but don’t feel you have to climb it – just appreciate its beauty in the landscape (I’ve actually heard that the view from the Arc De Triomphe is better – but I didn’t get to go up it this time as my glasses broke in the queue and had to go back to my Hotel!). 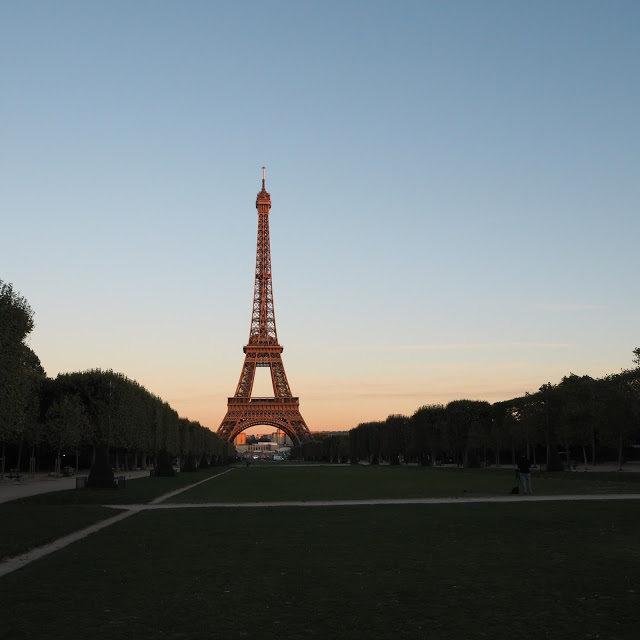 We went super early morning to catch the early light (that’s blogging, for you), and walked up to Jardins du Trocadero for the infamous view – there were about 15 wedding and engagement photoshoots happening at the same time – it was quite hilarious. Hashtag tourist. 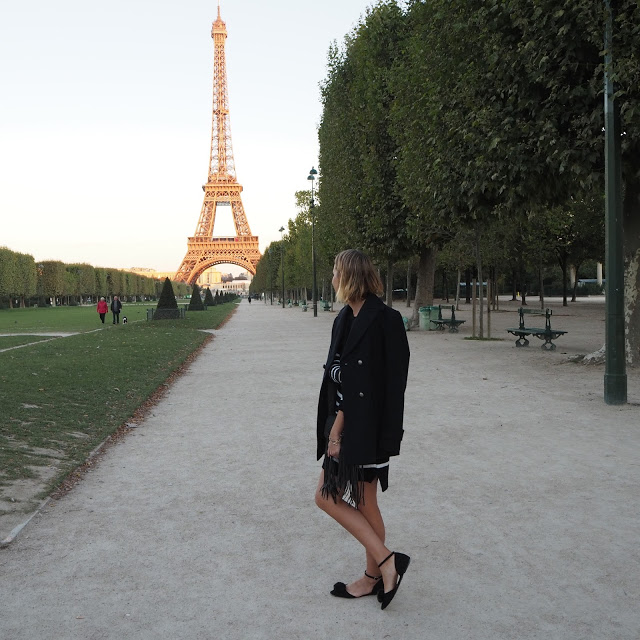 Half of the museum is currently closed and is due to reopen 12th November 2015 – but it was still wonderful to stroll the beautiful gardens and see the wonderful sculptures (and it’s only €7 entry). I felt truly French taking my book, and sitting in the gardens watching the world go by. 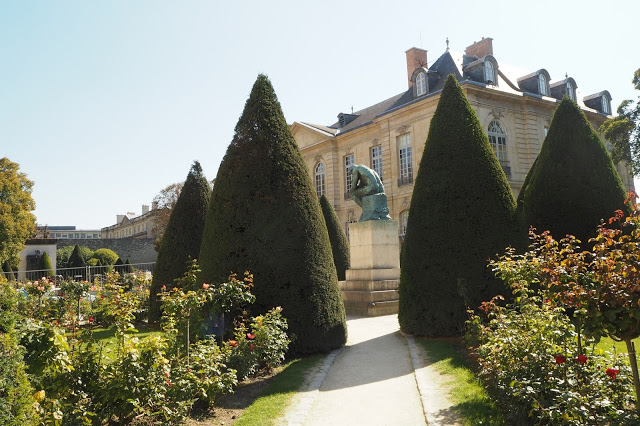 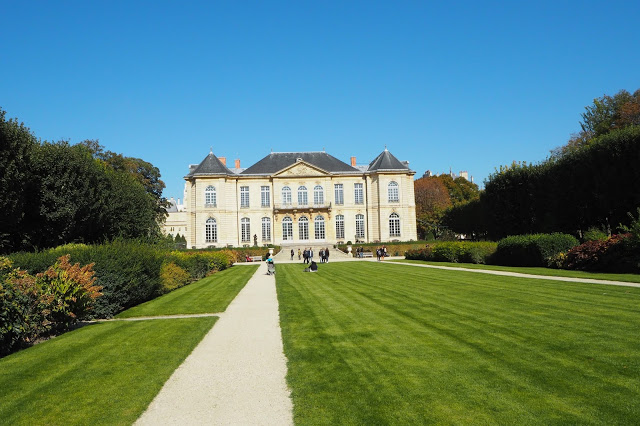 
Ironically, I have always wanted to visit the bridge of love messaged padlocks (my family are all locksmiths) but it wasn’t really on my agenda this time. And that’s when we accidentally stumbled upon it! It isn’t such a dramatic vision as I anticipated, but lovely to see whilst walking post the river, which was how we captured it. 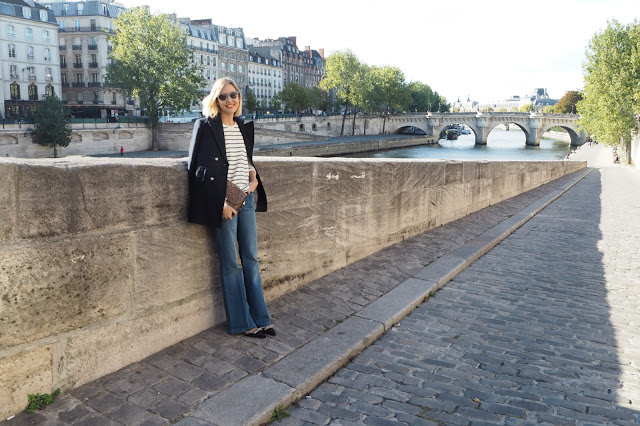 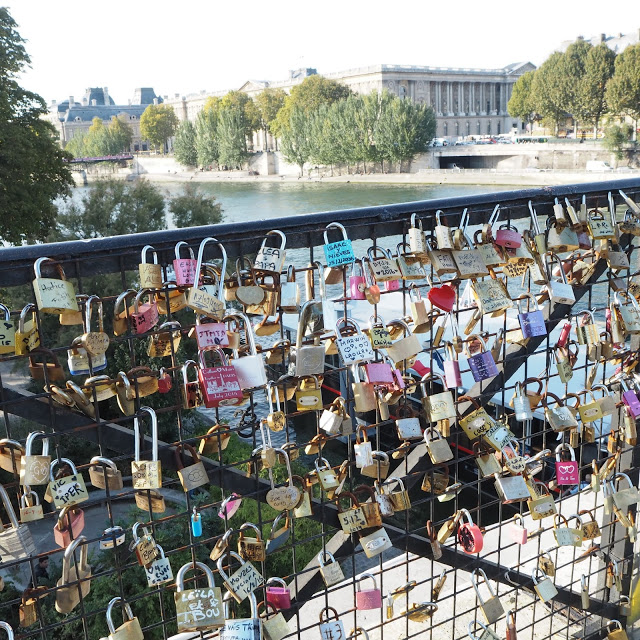 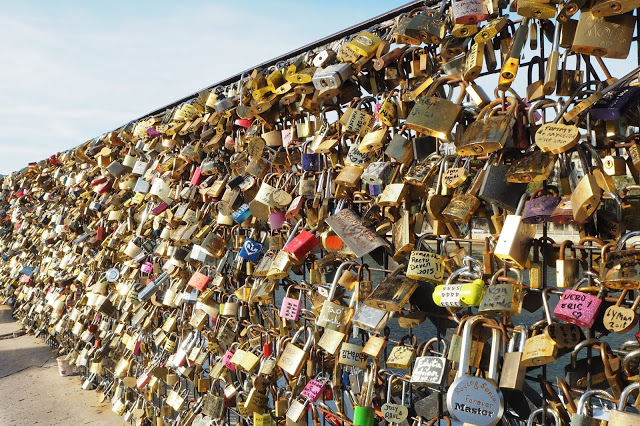 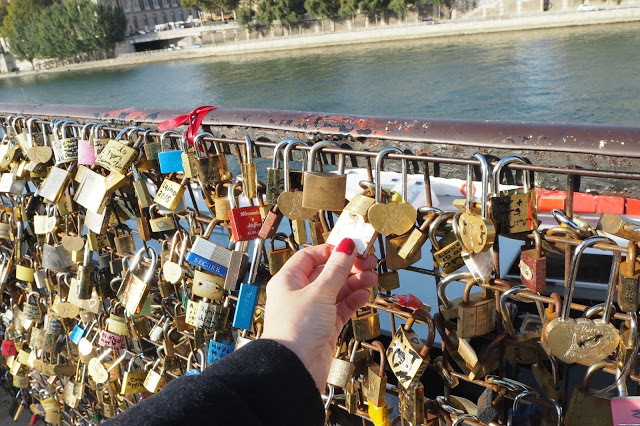 And if a day like that won’t make you sleep like a baby, then the Bloody Mary definitely will…
Watch my Paris adventures on YouTube (filmed by Lucky No 13):
I stayed in a complimentary room in Hotel Des Academies et des Art organised by the fabulous Mr & Mrs Smith (but paid for an extra room for my photographer).
This post was in collaboration with Next, which made this entire Frugal Guide possible.