The temperature had dropped quite a lot today – the perfect weather to bring out my pink coat. Most of you know it’s a key investment this season, and a coat can really make an outfit. There was actually a lot of pink worn to the shows and even more still on the catwalks for next season. I was worried the pink coat may already be ‘over’ but seemingly not!

A statement coat is a must:

The rest of the day went well, despite the rain. We were briefly starstruck by HARRY STYLES turning up at the House of Holland show (apologies no pics – the one show I decided to leave my phone on charge in the car!) but we managed to get on with the rest of our schedule!

A highlight for me was the Whistles SS14 show…it was on the top floor of the Heron tower (check out the view!) and so wearable and cool, as expected. I love the slider flats which seem like they will be sticking around for next season, too! 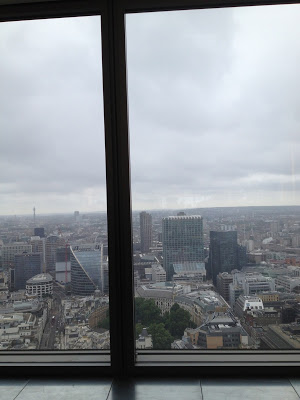 What I am currently lusting after at Whistles:

I just love the cool camo print. I would quite like the dress, too. Actually anything in this print will do.