Pyjama day {In Partnership with Matalan} 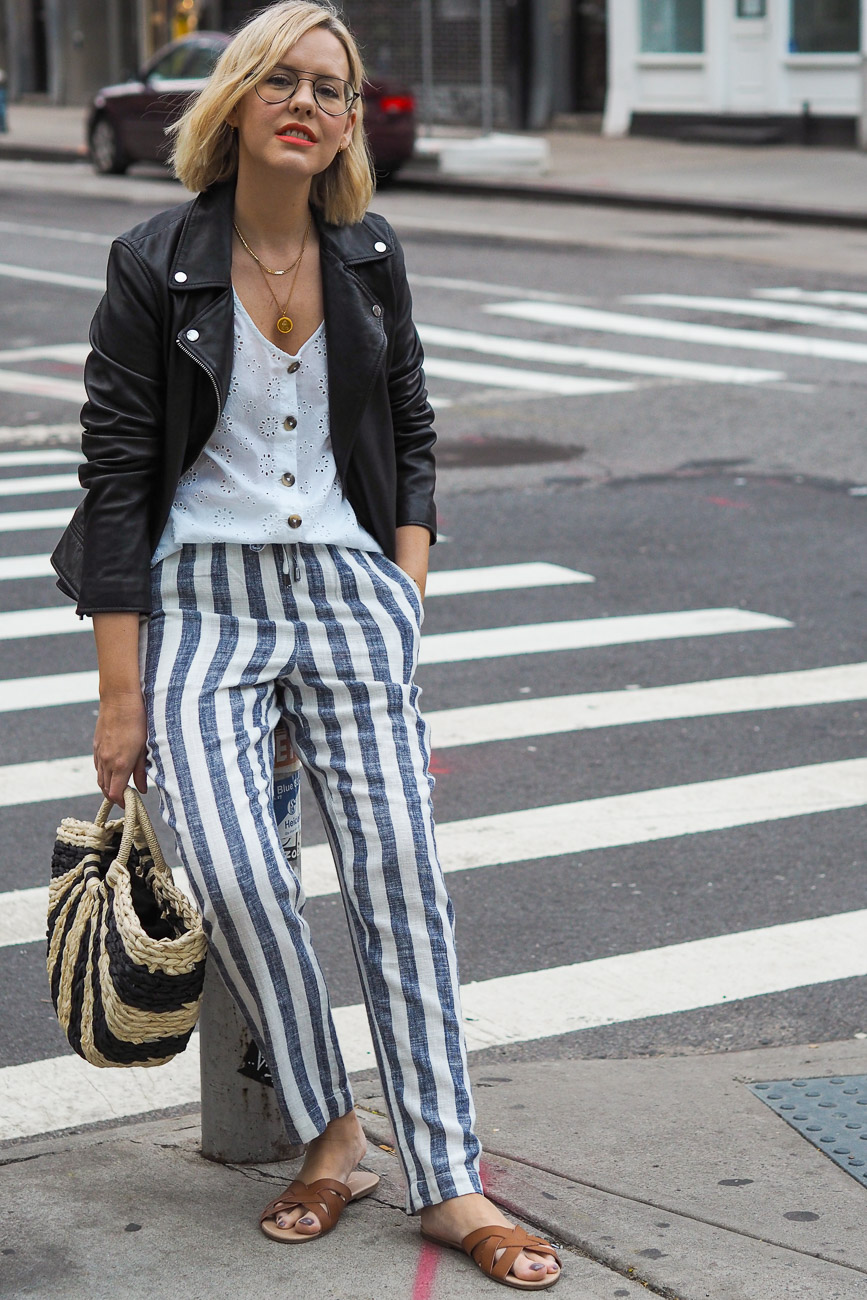 Something I never, ever take for granted when travelling is a pair of elasticated waist trousers.

Whether it’s for the plane journey, strolls around the city, or that final day when I’ve indulged in a LOT of chilli dogs, it’s something I always pack. 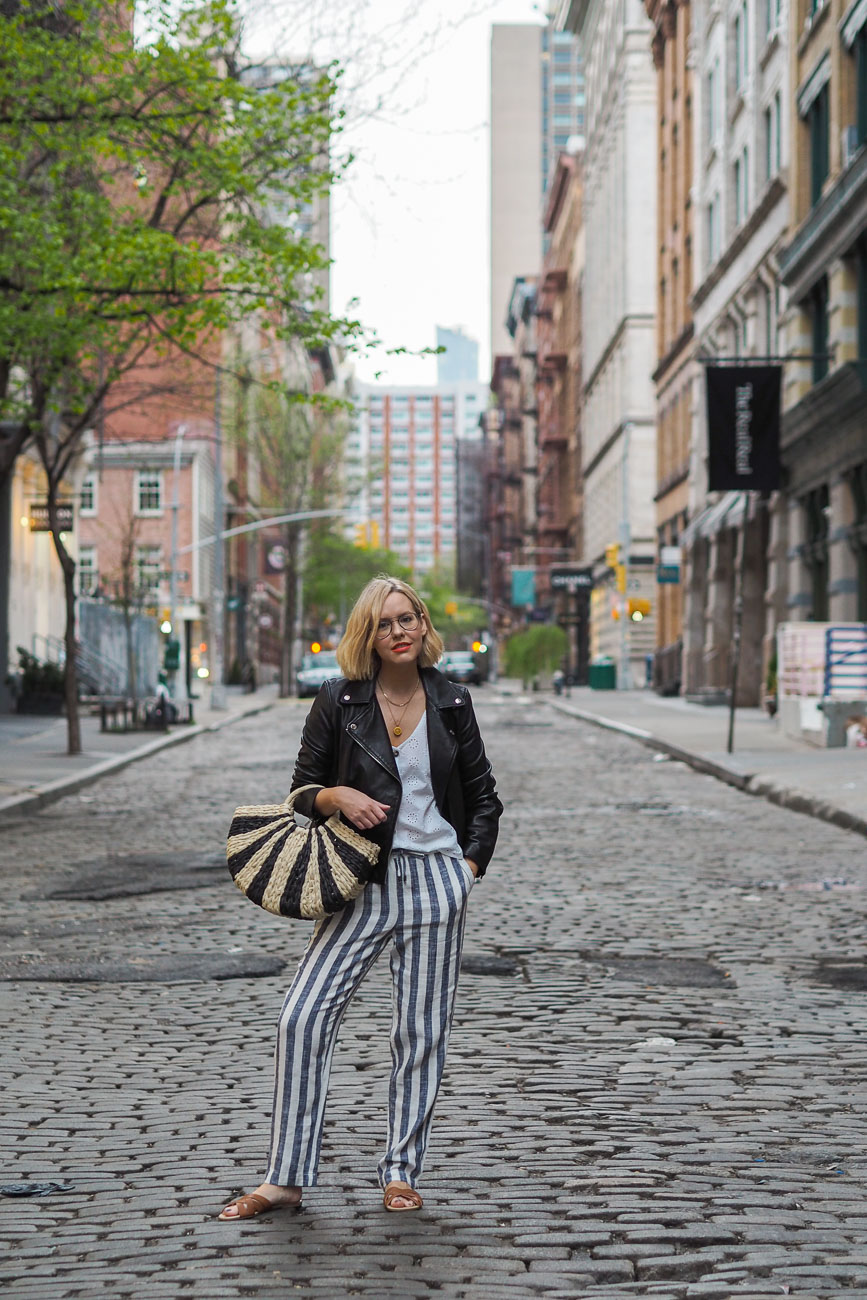 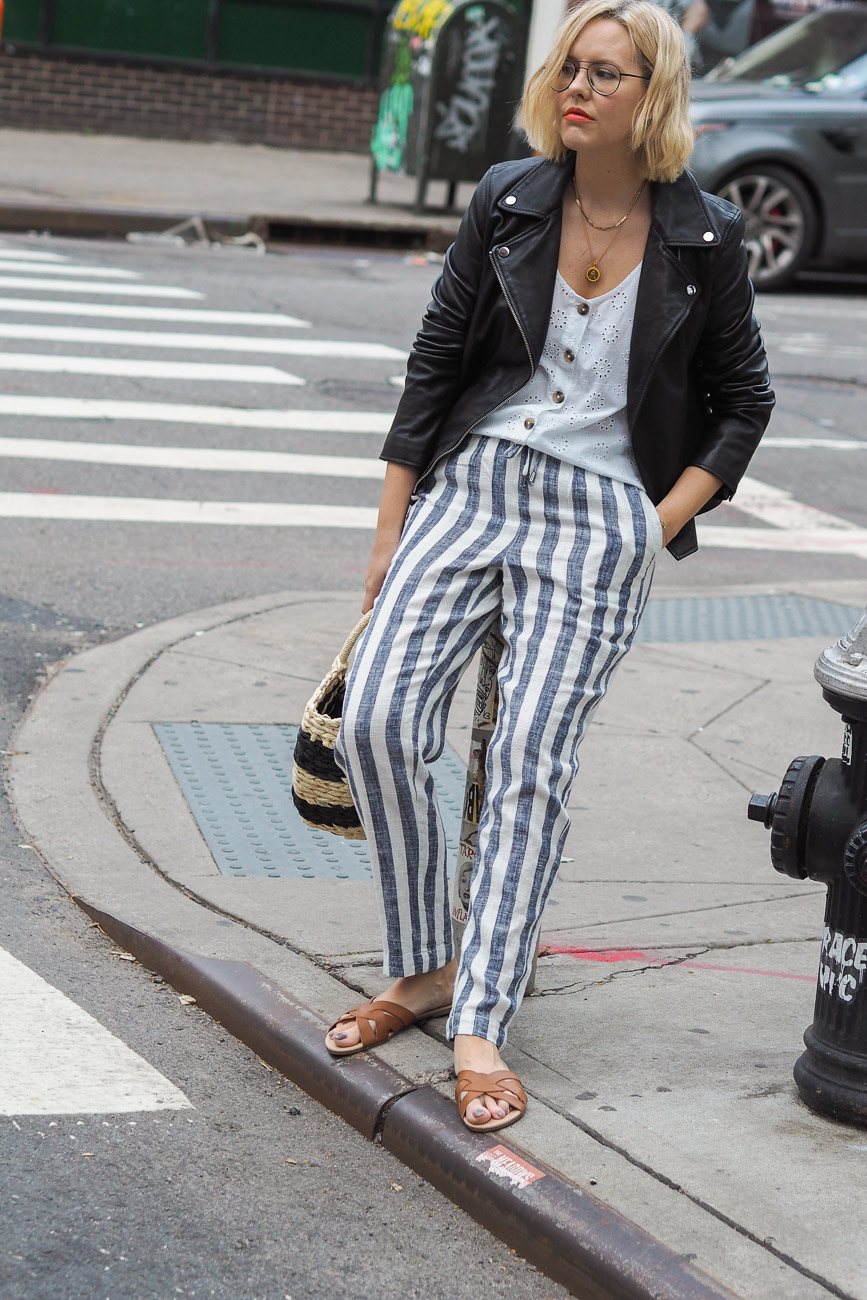 Striped, linen and pockets – I knew this pair would work within my Matalan edit. Worn with a classic leather jacket is a great way to balance the natural fabric, but I also think these would also make great holiday trousers with a bikini top and bucket hat on the beach, or lounge pants with a classic t-shirt at home. 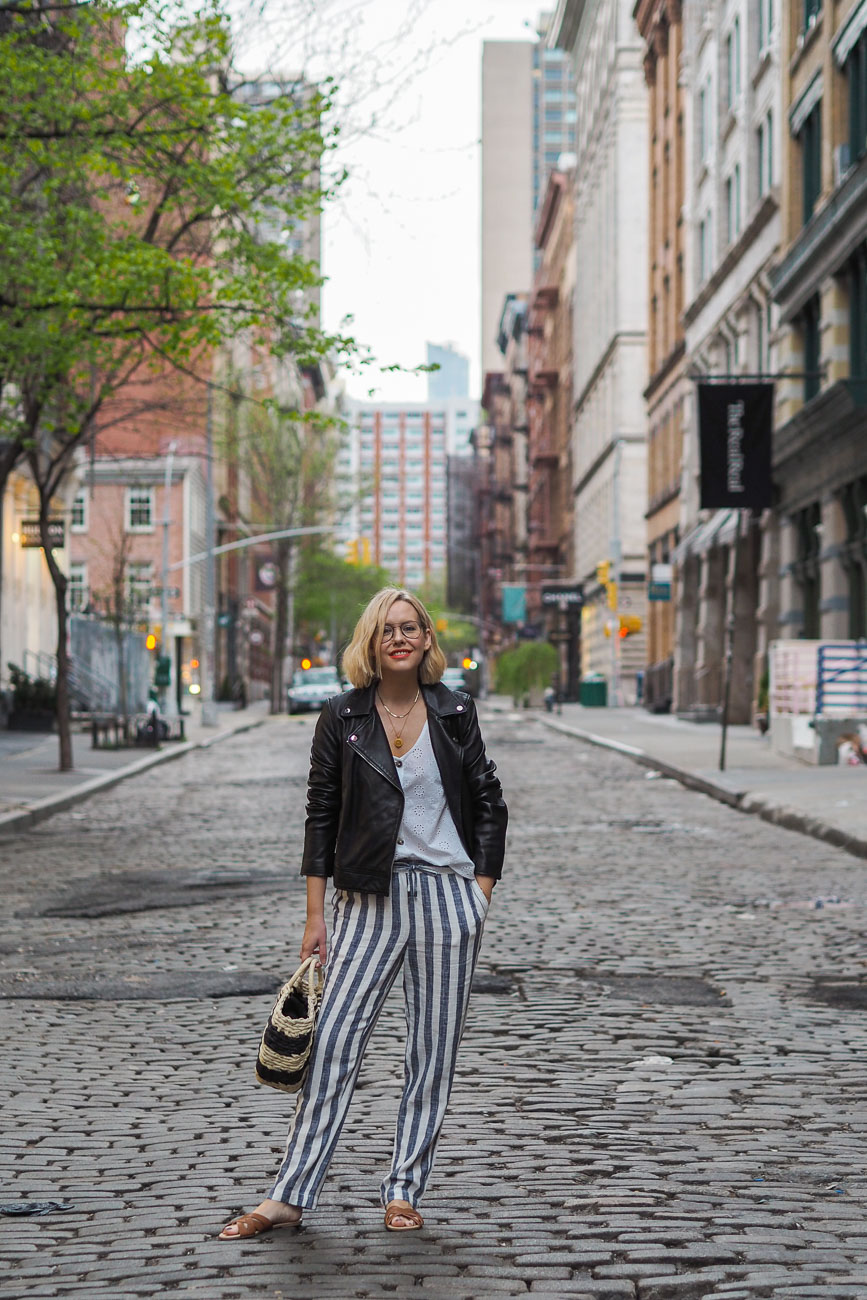 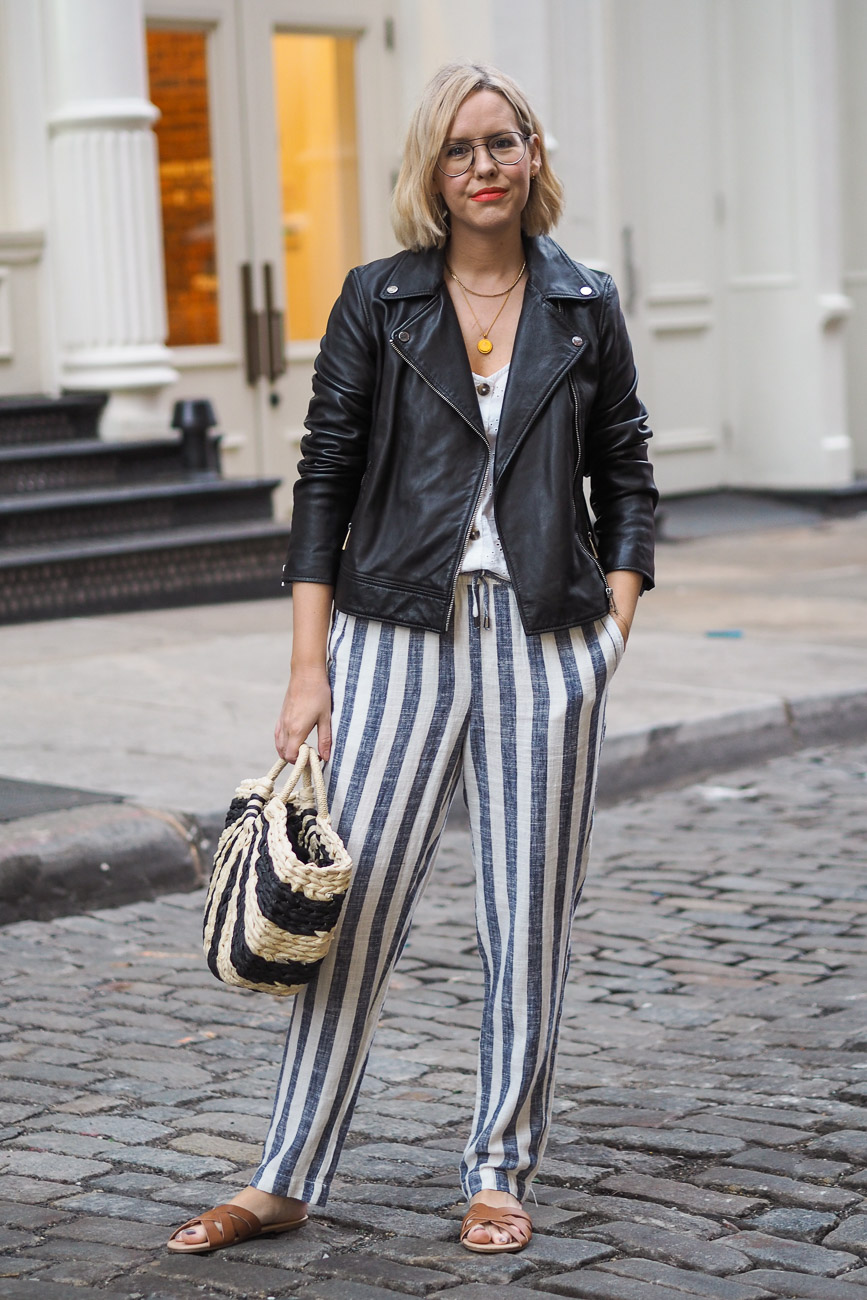 We stayed in Tribeca this time in NYC, close proximity to Soho but cheaper hotels, near the financial district which is quiet on the weekends – perfect for early morning shoots! We moved around more in the daytime this trip (last time we were here, I was 4 months pregnant and still sick most mornings up until around 3pm) – we went uptown towards Harlem a few times, so easy outfits were on the agenda:

A basket bag big enough to store a spare jumper for when the sun goes in (April is often tricky for NYC – it can be so variable).

Flats which don’t give you blisters. 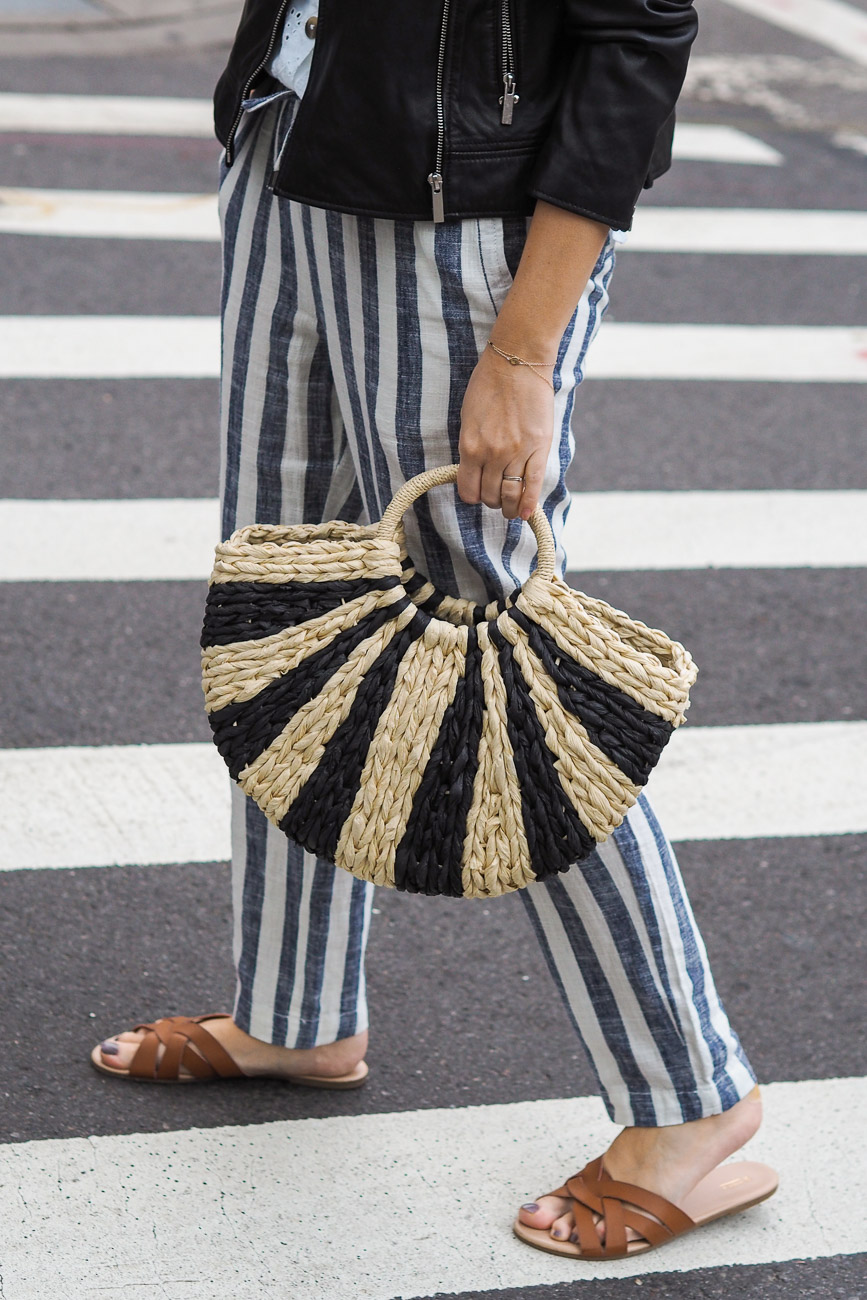 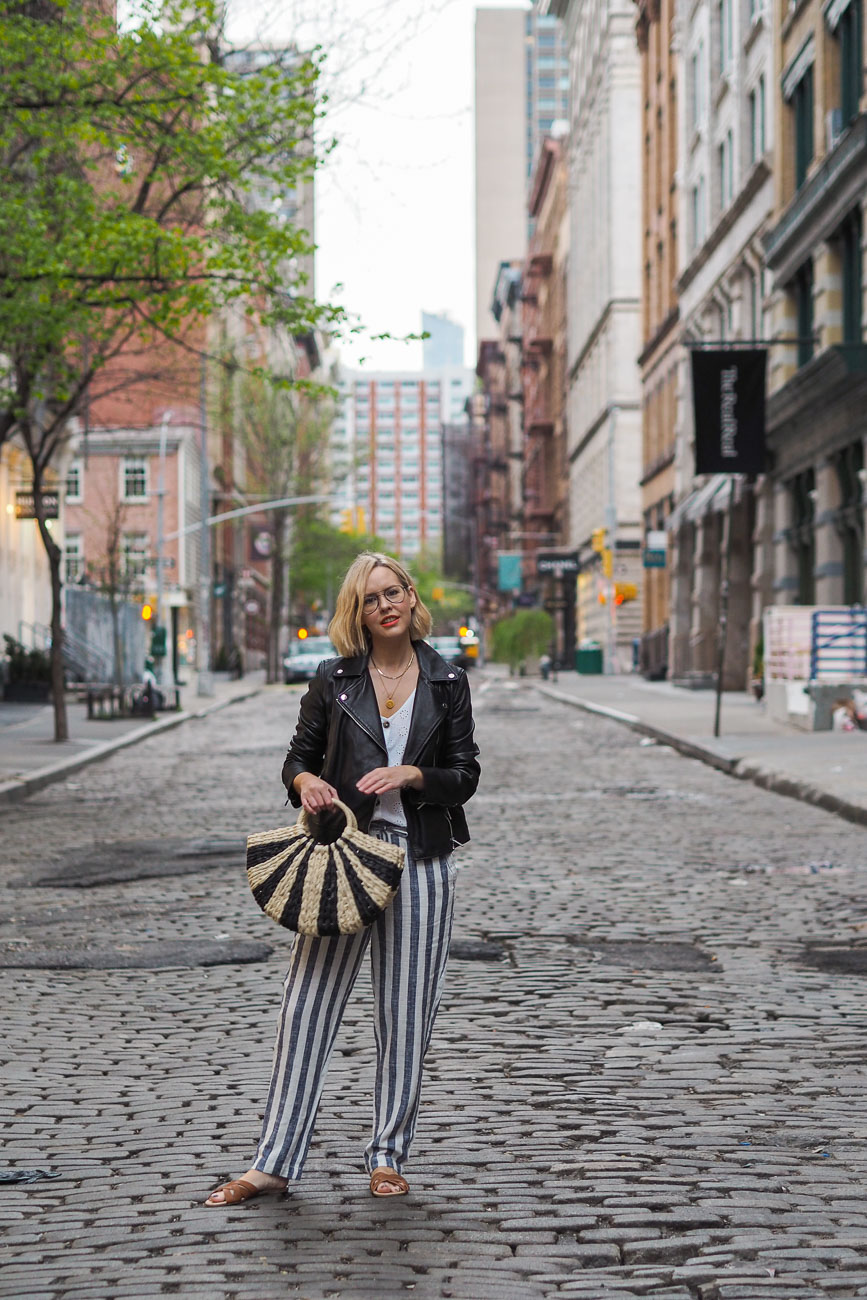 Whenever I pack for New York, I manage to streamline my wardrobe into comfortable on the go looks which can be mixed and matched without much thought. And I end up wondering why I don’t treat my London wardrobe in the same way?! Maybe there’s a lesson there for my future wardrobe. But for now I’ll be satisfied that comfy pants are here to stay for home and outside.

This post was in collaboration with Matalan. All photography and creative direction our own.