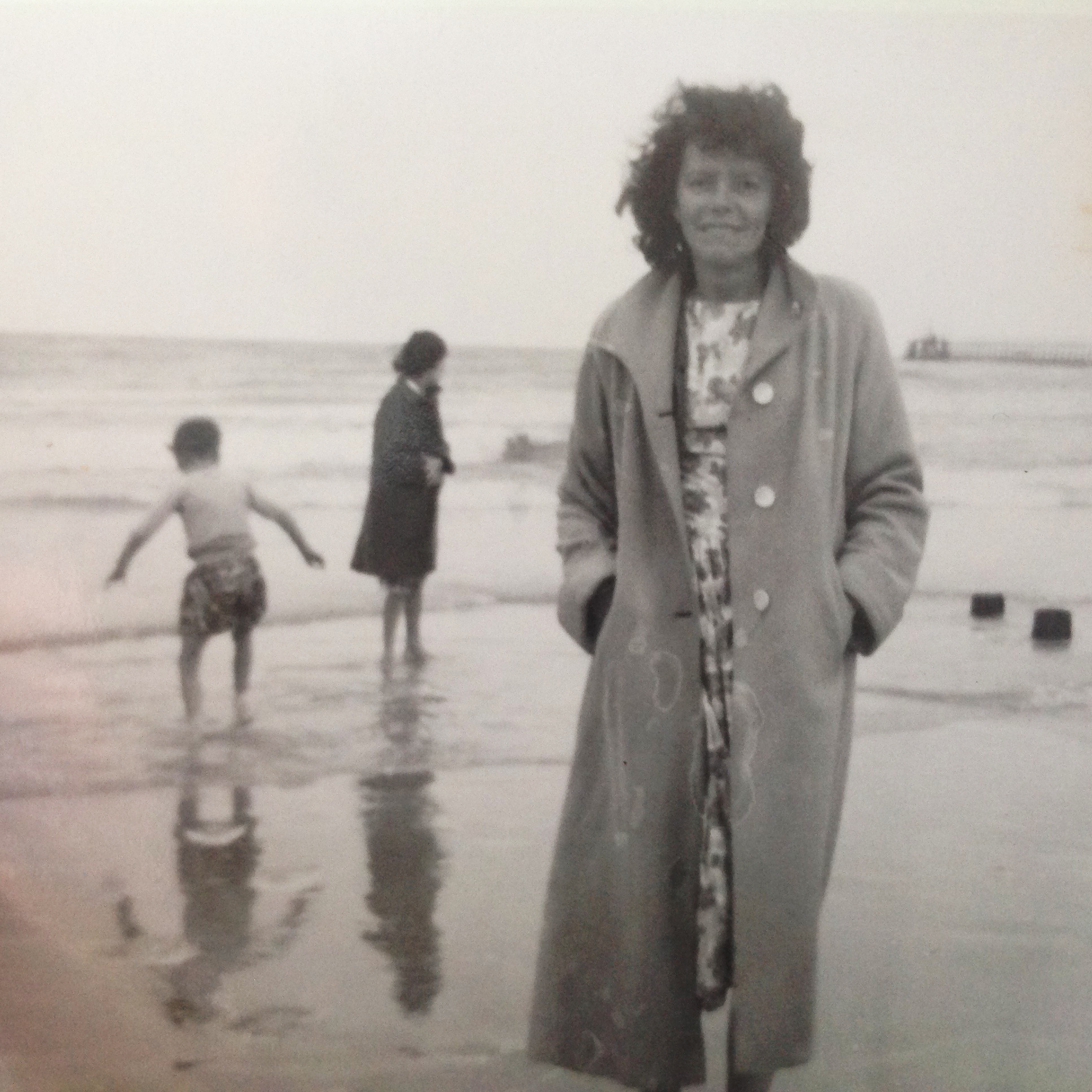 At some point on this blog, I stopped being ‘too’ personal. I’m not sure when it happened but it was a bit of a conscious decision…I wanted to try and separate my fashionable blog life to my actual, personal life. And to be honest, pictures which weren’t a new handbag or an amazing Asos buy just weren’t bringing in as many likes…so I took a different path.

This has worked for me, but it wasn’t without its drawbacks. Last year, just before my nan’s 92nd birthday, she passed away in St George’s Hospital and my world completely changed. 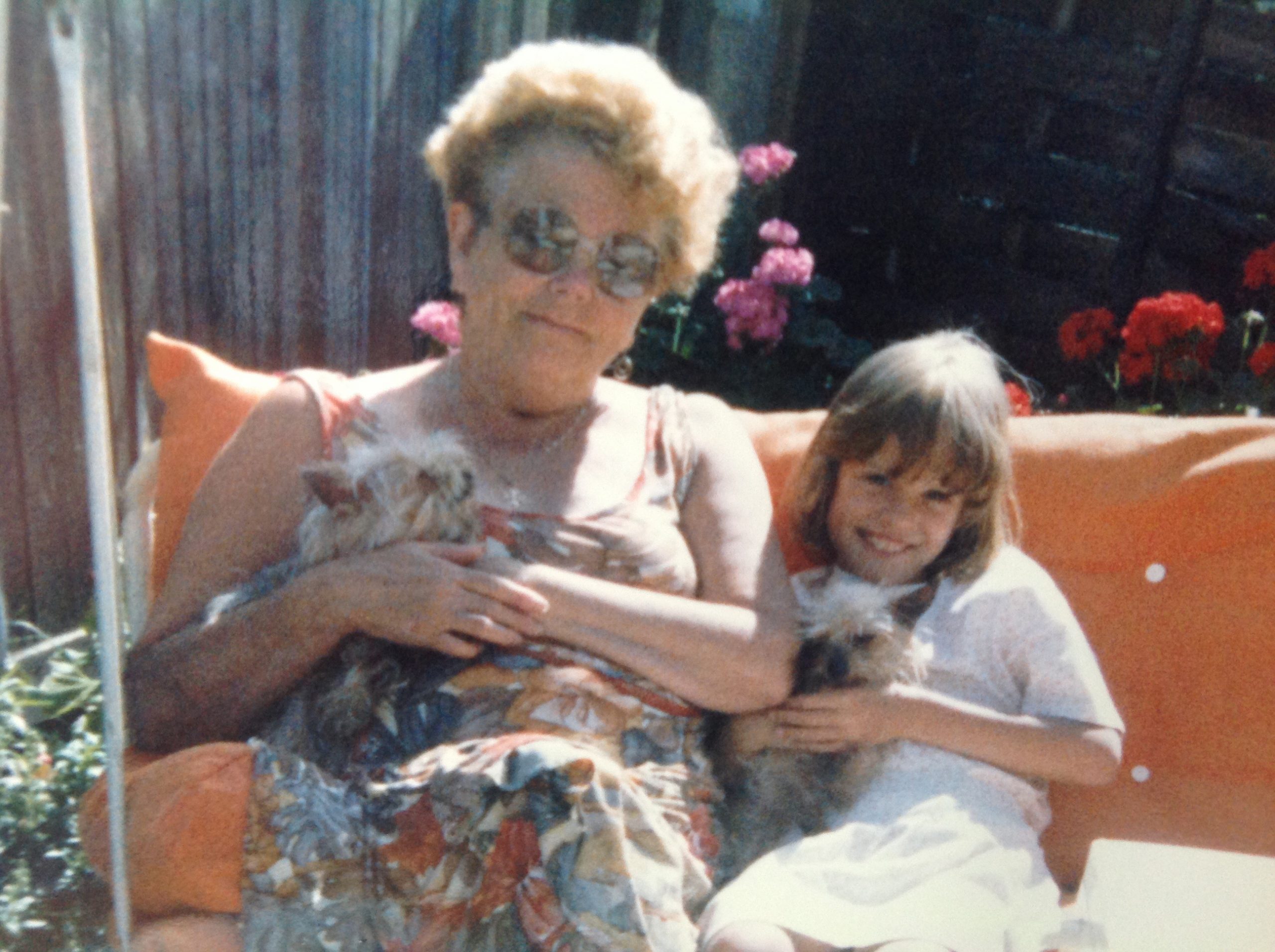 Me and nan with her two miniature Yorkshire Terriers, Tina & Tony, circa 1989.

Suddenly I had become part of a Social Media world where I didn’t feel like I could be happy, or down, or talk about it – it wasn’t ‘on brand’. And quite frankly, I didn’t want to talk about it.

I actually don’t think I could have written this until now, it was too upsetting (and this post hasn’t come without its tears!).

Most people who knew me would know that my family was my sister, parents and Nanna Stedders. My grandad passed away when we were young and she has always been the matriarch of our family, having Sunday roast with us most weekends and over at ours every Christmas. When I moved out of home, I lived 20 minutes walk away and would see her every weekend, my sister even a couple of times a week as she worked locally. 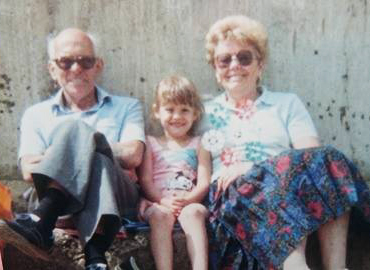 There’s not anyone I knew or worked with who didn’t know of Nanna Stedders (she even had her own hashtag #NannaStedders) – born in 1924 she was one of 9 children in a small 3 bed council house with lodgers (!), worked as a seamstress on Newman Street, slept in the London underground during the bombings, did official war work during the second world war working in a factory helping build planes (she used to add screws to things – this is as much as she described!). She loved roast dinners, being ‘waited on’, banana sandwiches, aero mousses and every soap opera going. Joan was a proper ‘South London’ nan – stern on the outside but soft on the inside and always kissed us on the lips and left us birthday messages on our answer machines singing the entire ‘Birthday’ song.

She was the strongest woman I knew, she had Hodgkins Lymphoma for many years but in the end she lost her life to Dementia. I think this was the hardest part, as the woman we said goodbye to was not the woman we knew. there were glimpses, only. 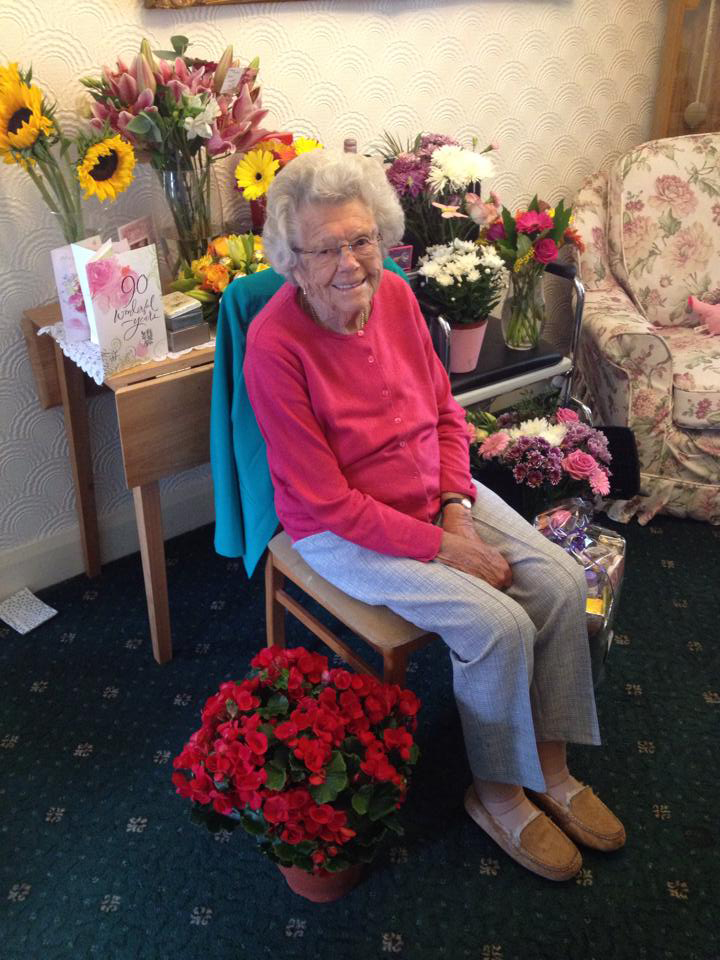 Nan with all her flowers on her 90th birthday

It was a huge strain on the family, and my parents and aunt took on most of the responsibilities, making sure she was eating her meals, that her fridge was stocked everyday…and my sister and cousin would fill in the gaps but it soon got to the point where carers were needed, too.

Watching someone go from cooking all their meals and being entirely self sufficient, to not caring about eating, or remembering when you had been round, or often your name (she would often refer to my sister as ‘Rocco’s mum’) was heartbreaking. It was a completely different relationship and one that gives you no time to come to terms with. You just have to adapt. 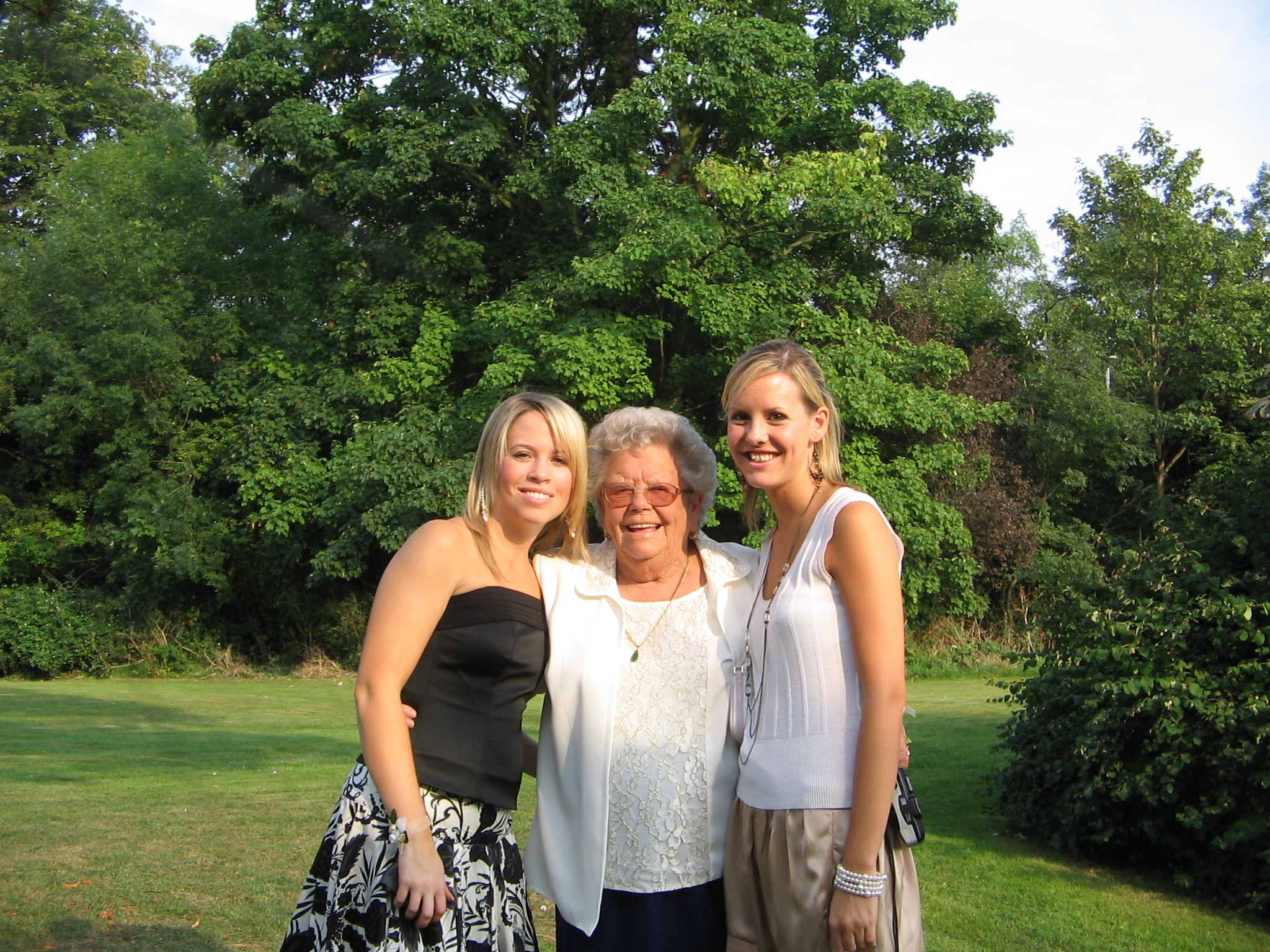 The reason I’m really writing this is because actually, my nan is one of the lucky ones. She had people and family to care for her, she had a support network and people dropping in to see her every day. Not everyone is so lucky. Sometimes my nan was a bit down with loneliness – she used to say she dreaded winter because at 4:30pm she knew she would pull those blinds down, lock the door and that’s the last she would see of anyone until the following day. I can’t even imagine what it would be like for people with no relatives nearby or living completely alone.

So I am raising money for Dementia, in the memory of nan, and to help others. She would’ve been 93 last Friday and this is something I could think of that would shine a positive light on what happened. There is no pressure at all, I will send to my family and friends, and I know there are so many commitments to try and keep up with, but if you’d like to donate then here is a link to Just Giving.

Or if you fancy having a browse in my Tictail shop, 100% of all the sales from everything that is listed there this week will go to the charity (I will not be able to claim Gift Aid on these purchases though). The pieces I am selling were all bought by myself, and not gifts from PRs. 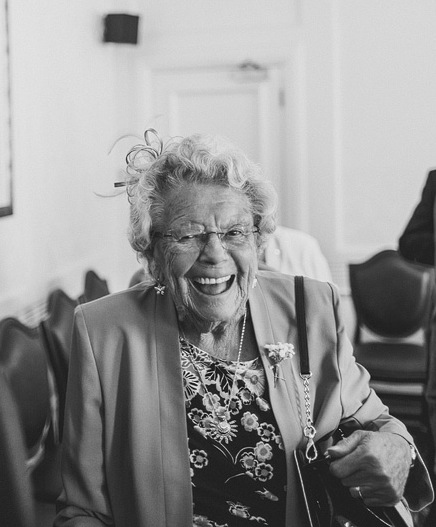 Thank you, as always, for all your support.